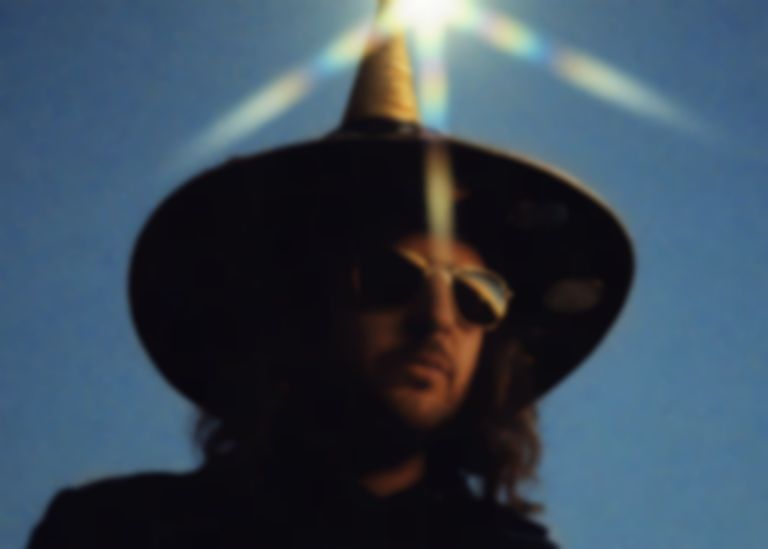 King Tuff has announced new album The Other and shared "Psycho Star", a superbly groovy new taste of his next full-length.

King Tuff (aka Kyle Thomas) has laid fairly low since the end of his Black Moon Spell phase, although he returned late last year for a festive collab with Kevin Morby and released a split 12" with Ty Segall in 2015, and recently stoke speculation about a new LP by dropping "The Other". Turns out those rumours and guesses were on the mark after all.

The Other is produced by Thomas with Shawn Everett (The War On Drugs) helping out with mixing. The album sees King Tuff entering a more mature chapter, with complex arrangements aplnety and markedly less hedonism. To help out with this new direction, he's brought a few big-name pals to help out: Ty Segall, Jenny Lewis, Greta Morgan, and Mikal Cronin.

"I let the songs lead me where they wanted to go, instead of trying to push them into a certain zone," Thomas explains. "King Tuff was always just supposed to be me. When I started doing this as a teenager, it was whatever I wanted it to be. King Tuff was never supposed to be just one thing. It was supposed to be everything."

Thomas has also announced a new North American tour with Cut Worms, kicking off in May in San Diego. Find out more.

The Other is out 13 April via Sub Pop.