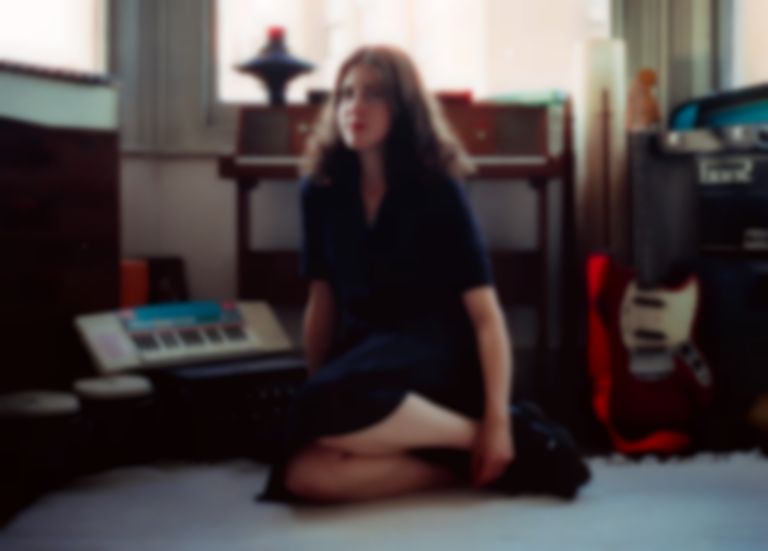 Keel Her, aka Rose Keeler Schaffeler, has shared new single "Complain Train" from her forthcoming album With Kindness.

"Complain Train" is the third taster of Keel Her's With Kindness record, after "Empathy" and "No Control".

Speaking to Best Fit about the new single, Schaffeler says, "I wrote this song a few years ago when I was working full time for the NHS. Work in the day, then home to domesticity. It was repetitive, mundane but also wild at times, and I knew I wanted a way out of all of it."

She adds, "For me the song is in two parts - the first two verses were written when I was in an unhealthy relationship. I lost pretty much all respect for myself, for my music. Whereas the last two verses were written when I started having self-compassion therapy and I started to make my own decisions and changes. It was recorded at my new home in 2019, onto tape, I’m on Minimoog and Vox organ, drums from Juan Jacinto, bass and guitar from James Hoare."

Speaking about the video, director Ned Botwood says, "We both spent a year fighting the urge to get a one-way ticket out of London."

Expanding on her upcoming album, Schaffeler explains, "The record is a collection of the past few years; frustrations, mental health issues, over-controlling relationships, being judged by the judgemental, being stuck in a routine you don’t want to be in. Although I am not feeling like I did then or in the same situation, it feels like it had to be recorded for the feelings to dissipate. Catharticism?"

"Complain Train" is out now. With Kindness arrives 7 June via Tim Burgess' O Genesis Recordings, and is available to pre-order now.