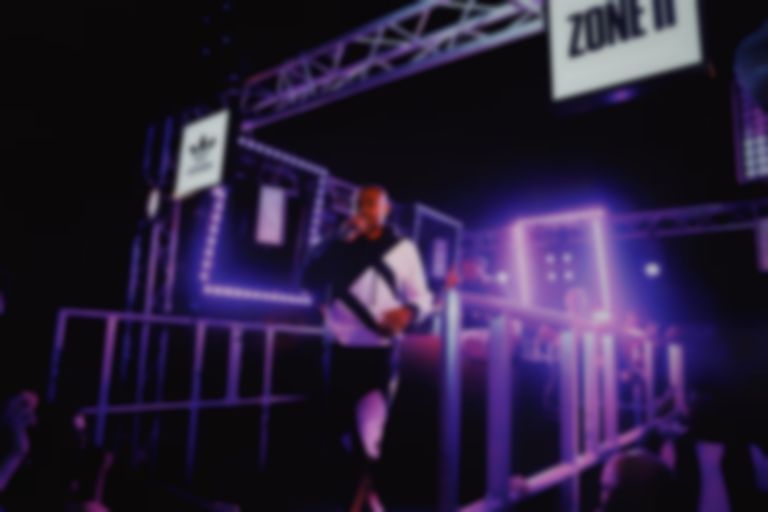 Taking to the rooftop of Cadenza’s Latimer Road recording space, situated just yards from the Westway, the intimate space was packed within minutes of opening and saw the likes of Rita Ora, Jordan Dunn and Iris Law passing through. Bringing the same energy as the various iconic sound stages nearby, Kano closed the night by jumping off the stage and finishing his set in amongst the crowd.

The party closed a week’s worth of adidas Originals events in London, predominately held at the pop-up EQT Creator Studio space in Victoria House, Holborn. The studio hosted performances from the likes of Giggs, Charli XCX, Jamie xx, Mura Masa and Stefflon Don, as well as an all day takeover from GRM Daily.

In addition to the parties, the EQT Creator Studio hosted a series of talks and creative workshops that explored the essentials of design and creativity that apply to the cross sections of style, music, art and sneakers. Kojey Radical ran a slam poetry session and legendary designer Peter Saville passed through to discuss a career of groundbreaking work that spans across five decades. Director of SHOWstudio and celebrated fashion image maker Nick Knight also made an appearance to share his experiences on what it takes to sit among the world's most influential and visionary photographers.