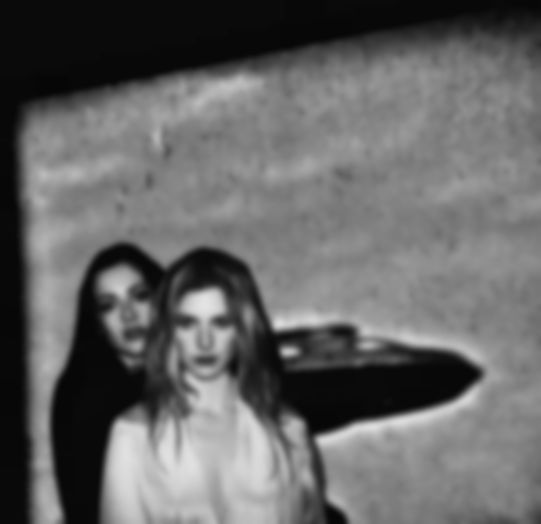 Speaking about the track, the pair said: "In 2011 the Egyptian feminist and activist Aliaa Elmahdy posted a nude self portrait on her blog as a protest against - in her words - "a society of violence, racism, sexism, sexual harassment and hypocrisy". The post received of 2 million hits within a short period during the Arab Spring and was the subject of intense controversy and criticism. Aliaa faced a backlash of death threats, and escaped both a kidnapping and rape attempt. She was eventually granted political asylum in Sweden... the track, which is based on Aliaa's story, is a song of empathy for her struggle and a statement of solidarity with women searching for a voice in the face of oppression, violence and sexism.  In the video we aimed to portray more general themes of empowerment, through the gradual gathering and momentum of a crowd standing up for a cause."

It's a suitably solemn song weighted down to Earth by solid-as-a-rock pop production and a gut-wrench gravitas. The duo continue to prove that their a sharp force in intelligent pop.

Check out "Aliaa"'s video below.