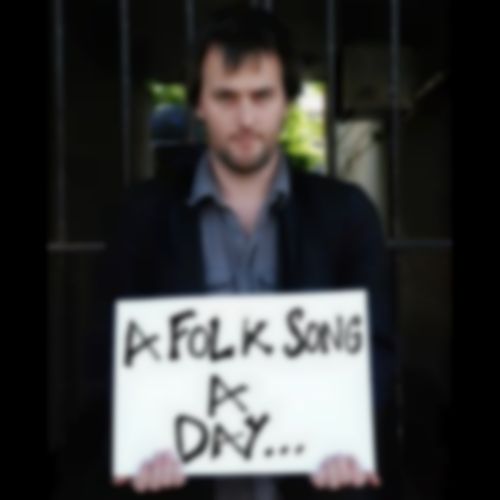 Between 24th June 2010 to 23rd June 2011, Jon Boden will be posting a traditional song online at www.afolksongaday.com to promote the art of ‘social’ (or communal) singing.

The tracks will be streamed from the site and a free downloadable podcast will also be uploaded to iTunes where fans you can subscribe and receive the tracks automatically. At the end of each month the songs/podcasts will be disabled and Navigator Records will release the collection as a digital album.

At the end of the project, Jon will have uploaded 365 songs and have collated 12 digital albums for Navigator Records whilst also providing a unique, traditional folk song resource for those looking for inspiration.

In his own words :

The main idea behind afolksongaday.com is to try and do my bit for raising the profile of unaccompanied social singing. Most of the songs on the site are songs that I have sung for years but rarely on stage and never on album.

I have been very lucky that I have lived in a number of places where social singing is still very strong, and because of this I have been exposed to a great repertoire of ‘singers’ songs’ and to the unbeatable experience of sitting in a pub with between five and a-hundred singers, all trying to ‘raise the roof’ – just for the sheer joy of doing it.

In the 60′s and 70′s the status of unaccompanied singing was much higher within the folk scene, and most of my favourite albums from the revival are albums where the majority of the material is unaccompanied. This approach has fallen out of fashion and the commercial pressure is for modern day ‘folk artists’ to have, at most, one or two unaccompanied tracks on their albums, if at all. I have always thought of myself as first and foremost an unaccompanied singer so it was quite a shock to me to realise that, although I have now made 10 albums, I have never included a solo unaccompanied track on any of them.

It seemed high time I rectified that situation and afolksongaday.com is an opportunity for me to record my whole repertoire of songs without worrying about making any of them commercial, stylistically original, or fitting them in to a particular album concept.

Lastly I have noticed that, since becoming a parent, the rate of my song ‘acquisition’ has slowed significantly – basically because I find it much harder to get out to pub these days. My current repertoire is something like 240 songs, so to complete the whole year I will have to learn half as many again. This is a tall order but there are so many songs that I’ve been meaning to learn for so long – I’m hoping this project will spur me out of song learning stasis and back into being in the habit of learning.

‘Knowledge is its own reward’ someone once said, and learning folk songs is one of the most rewarding forms of knowledge out there.