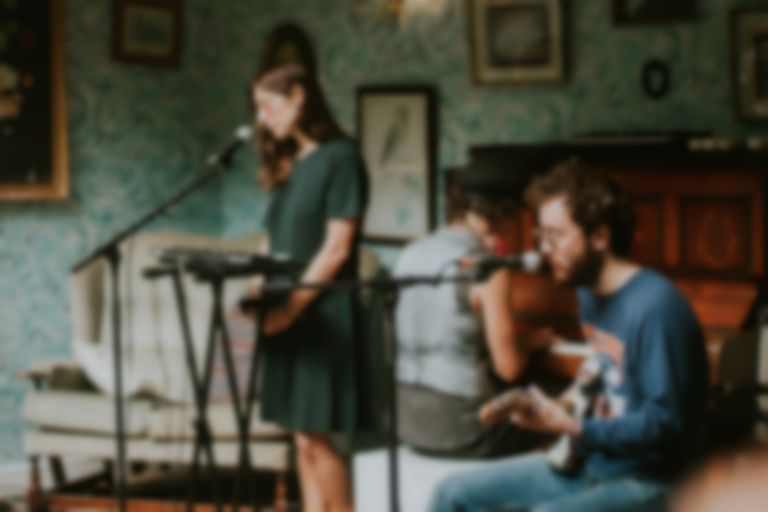 Despite not being on this year's lineup, Johanna Samuels joined Harrison Whitford for a secret set at End Of The Road.

After playing at The Waiting Room in London for Best Fit earlier this week, Harrison Whitford performed at End Of The Road's Tipi Stage at 12:15pm before heading to the Piano Stage for a secret set with Samuels this afternoon.

Speaking to Best Fit ahead of their secret set, Whitford said of his earlier performance, "I thought it went really well. Everybody was super respectful and quiet, and it made me happy."

Samuels said of his set, "I was so happy. So many people showed up to see you. It was emotional."

On being a surprise guest End of the Road 2019, Samuels said, "It’s so nice to be here, it’s so lush and beautiful. It’s a nice way to wind down tour."

Whitford produced Samuels' cover of Bill Callahan's "Too Many Birds" that landed earlier this month. Speaking about working on new material together, Whitford said, "I think probably. I don’t think we’d do it in like a cliché’d collaboration. We’ll just make stuff when we feel like it, and if we don’t feel like making stuff together then we’ll do other things, and make stuff together again."

The two songwriters are also friendly with Hannah Cohen and Sam Evian. On how they met, Samuels said, "I know him (Evian). I lived in New York for a long time and we were both in the New York music scene, and then we kind of connected before Premium came out. I moved to LA and we stayed in touch, and then a bit ago he came to LA and stayed with me, and we became friends and played a show together. He asked if I wanted to do a record, so he produced my newest LP that’s going to be coming out, and Harry played on that, and now everybody plays with each other it feels like."

End Of The Road continues today with sets from Parquet Courts, Michael Kiwanuka, and Mitski.