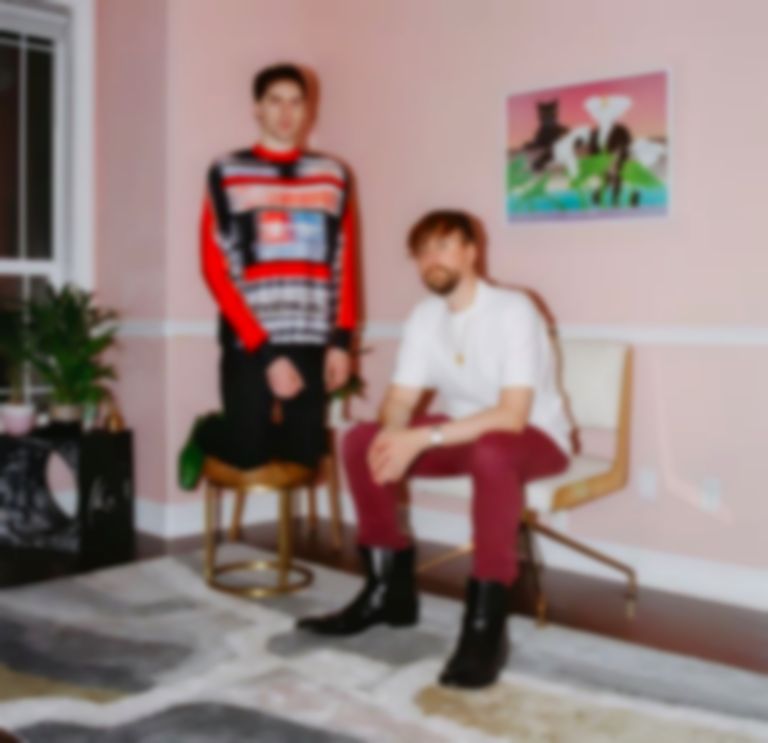 J-E-T-S, made up of producers Jimmy Edgar and Machinedrum, have announced their debut album ZOOSPA alongside a new collaborative track featuring Dawn Richard, "POTIONS".

"POTIONS" is the second single to be lifted from ZOOSPA, after January's "PLAY" featuring Mykki Blanco.

The new single is the first feature for Dawn Richard since her new album new breed landed in January.

As well as their new track featuring DAWN, aka Dawn Richard, J-E-T-S' new record will see them team up with Tkay Maidza, KingJet, and Rochelle Jordan.

ZOOSPA was recorded at Edgar's home studio in Portland in the late summer of 2017.

"POTIONS" is out now. ZOOSPA lands 24 May via Innovative Leisure.