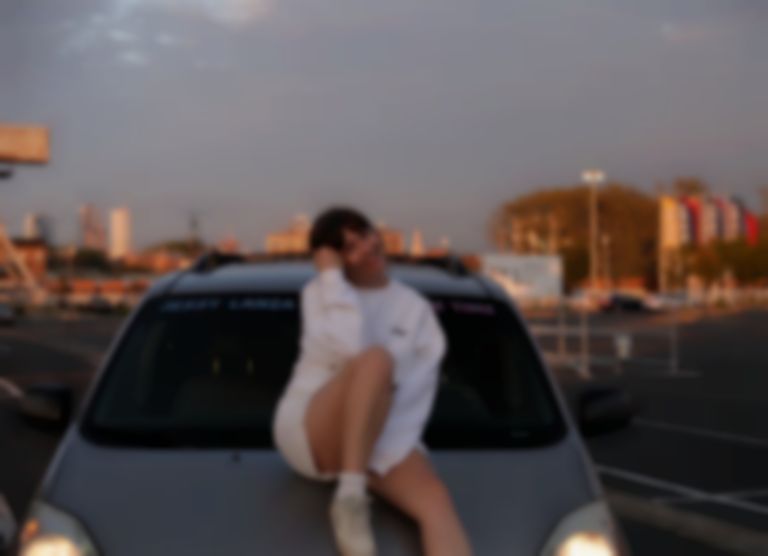 Jessy Lanza has returned with new single "Anyone Around", the opening track from her forthcoming album All The Time.

"Anyone Around" is the third single to be lifted from Lanza's All The Time album, landing after earlier releases "Face" and "Lick In Heaven".

The new single also arrives with a zoom call-inspired video that features cameos from members of Junior Boys, Savages, Caribou, and Boy Harsher.

Lanza says of the visual, "I’m very grateful to be connected with everyone in this video, even if we've never met in person. Thank you to all of the amazing contributors who made this video possible! [After the move] I became absorbed in the world of online music production tutorials and message boards. Of course the feeling of isolation has taken on new meaning recently, as it’s become a new normal for people around the world."

Lanza's forthcoming All The Time record will follow on from 2016's Oh No, and was written long distance between Lanza's new New York set up and longtime collaborator Jeremy Greenspan's home studio in Hamilton, Ontario.

Some of the tracks include live experiments using semi modular/modular equipment like Mother 32 and Dfam and Moog Sirin. Lanza says, "We got all of the machines talking to one another and would run patterns through. A lot of the little burps and quacks and squiggles heard on songs like "Anyone Around", Like "Fire", "Face", and "Badly" are from those experiments. That’s when I’m having the most fun, making music and improvising through takes of the song and editing together all the best gurgle sounds afterwards."

"Anyone Around" is out now. Jessy Lanza's All The Time album will be released 24 July via Hyperdub, and is available to pre-order now.