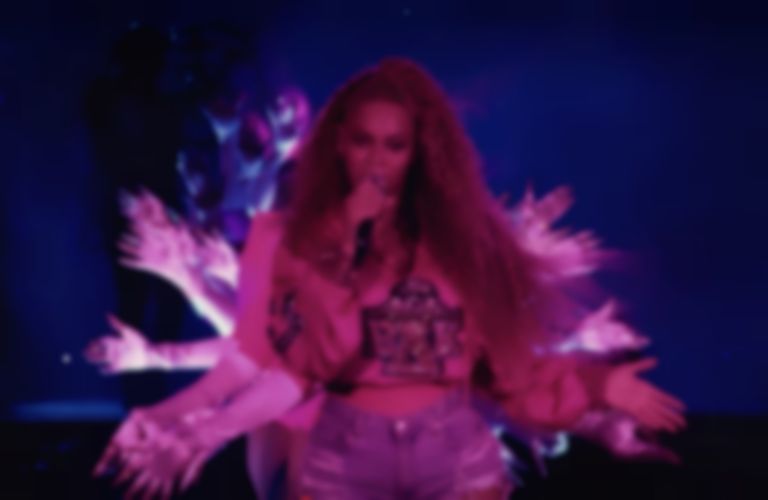 Beyoncé has just dropped a new line of merchandise hinting that a Formation World Tour project could be in the works.

A new t-shirt has appeared on Beyoncé's merchandise site in four different colours, featuring graffiti style writing that reads, "Where is the FWT DVD?"

Since the Formation World Tour ended back in October 2016, fans have been asking the star when the DVD of the tour will be coming out.

The new t-shirts arrive shortly after it was reported that Beyoncé had signed a three-deal project with Netflix, hinting that the next release might possibly be to do with the FWT.

Beyoncé is tired of us asking for a Formation World Tour DVD and said buy a shirt with y’all questions about it instead LOL pic.twitter.com/h83X0DZC1P

Last week Beyoncé released her Homecoming documentary on Netflix, which showed the build-up to Beyoncé's huge 2018 Coachella performance. The documentary arrived with a 40-track live album featuring a cover of Frankie Beverly and Maze’s "Before I Let Go".