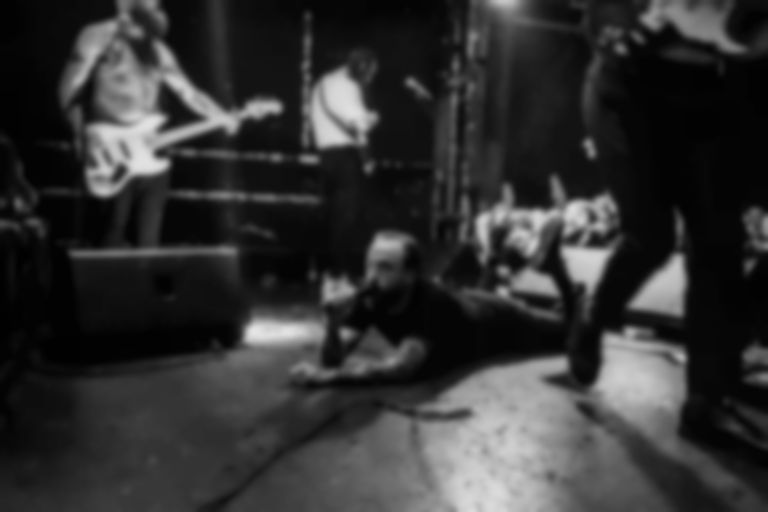 The 75-minute feature film titled Don’t Go Gentle: A film about IDLES is getting a UK cinema release next month, with previews and Q+A's confirmed for later this month at selected cinemas.

In May last year IDLES shared a trailer for an upcoming documentary titled Don't Go Gentle. The premiere of the 75-minute film was delayed due to the coronavirus pandemic, but today (2 June) it's been confirmed that the film will be screened in cinemas across the UK from next month.

On top of getting a UK cinema release, preview screenings with filmmaker Q&A's will take place in selected cinemas in London, Bristol, Brighton, Sheffield and more from 23-30 June.

There will be over 50 screenings of Don't Go Gentle: A film about IDLES following the preview screenings from 2 July.

According to a press release, the film "captures the 10-year journey of IDLES’ struggle, grief and moving determination. Exploring their vulnerabilities through their experience, lyrics and sound, we learn the reasons why these five individuals have connected with legions of people across the world."

Don't Go Gentle: A film about IDLES will be screened in UK cinemas from 2 July. Visit docnrollfestival.com for tickets.