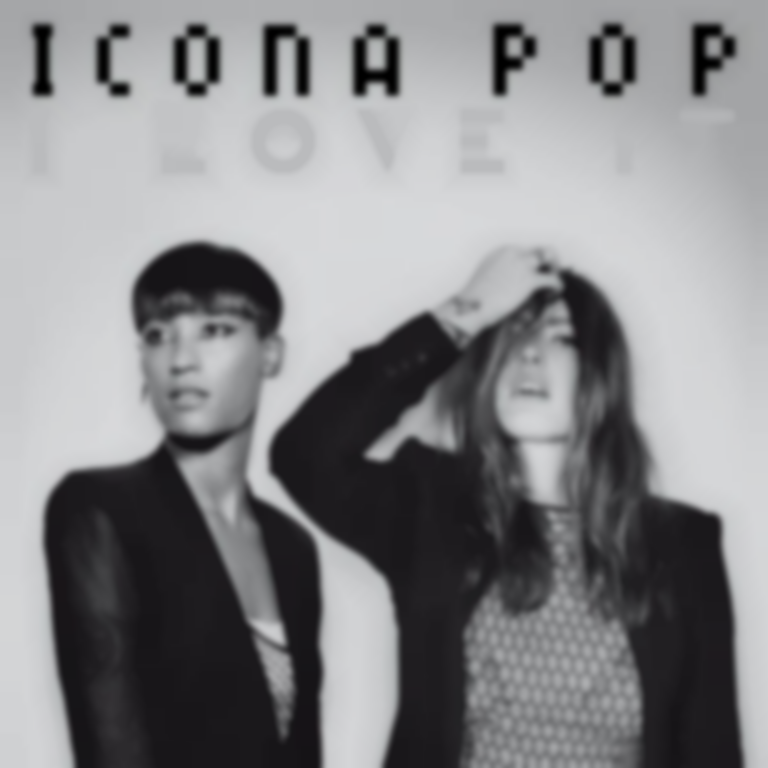 Swedish duo Icona Pop have scored their first ever UK number one with ‘I Love It’ selling 125,000 copies and knocking Robin Thicke’s ‘Blurred Lines’ from the top spot.

The Charli XCX-penned song, which topped our list of 2012′s best tracks, was originally released last May and peaked at number two in the band’s homeland. It also reached the top ten in the U.S., Germany and Canada.

The song was given a push earlier this year after being featured in HBO’s Girls. The Swedish duo – Aino and Caroline – also revealed the story behind the song last month in an interview to OK USA:

I can’t really tell you who it’s about, but I can definitely tell you it’s based on a true story. It’s about these two people making love complicated than it needs to be. If you fall in love, you fall in love. It doesn’t matter what age you are—you know when you are in love.

Sometimes when someone is a little bit older than you, they make it so damn complicated. We were going through that, so I think you can hear that there is a lot of anger in that song.

Rising London electo-pop starlet Charli XCX claims she wrote the track in a hotel in half and hour and has no regrets about Icona Pop’s success with it, claiming the song represented an entirely different sound to her current record: “If I had taken that song I would have had to re-write the whole f-cking album,” she told Gigwise back in April. “It wouldn’t have come out until 2018.”

The band fought off tough competition from previous top-spotter Robin Thicke as well as Will.I.Am and The Wanted to bag the number one slot – the second Swedish artists to make it to the top this year, following Avicii and the nineteenth Swedish number one since the charts began.

Check out more Nordic-based female-fronted pop in our recent feature.