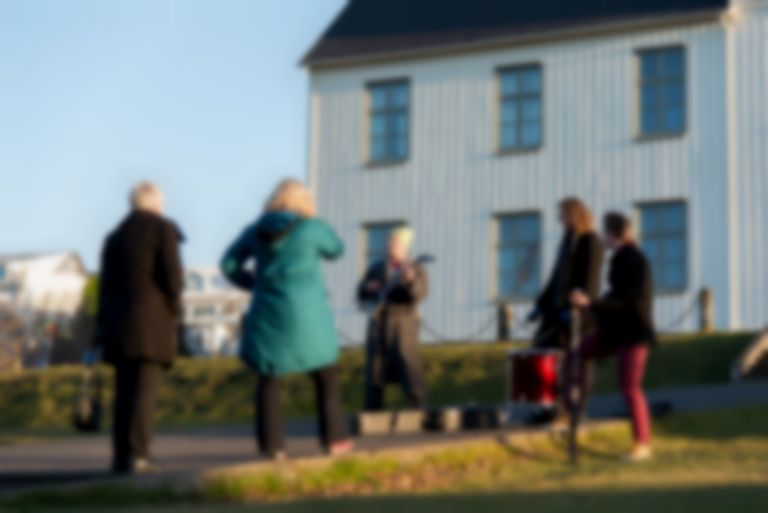 Best Fit took over the Rekjavik Art Museum last night a line up that featured Caribou, Future Islands, Mammut and Introbeats. Thomas Hannan and Lauren Down report back, having managed to catch excellent bursts of The Knife and Perfect Pussy also. 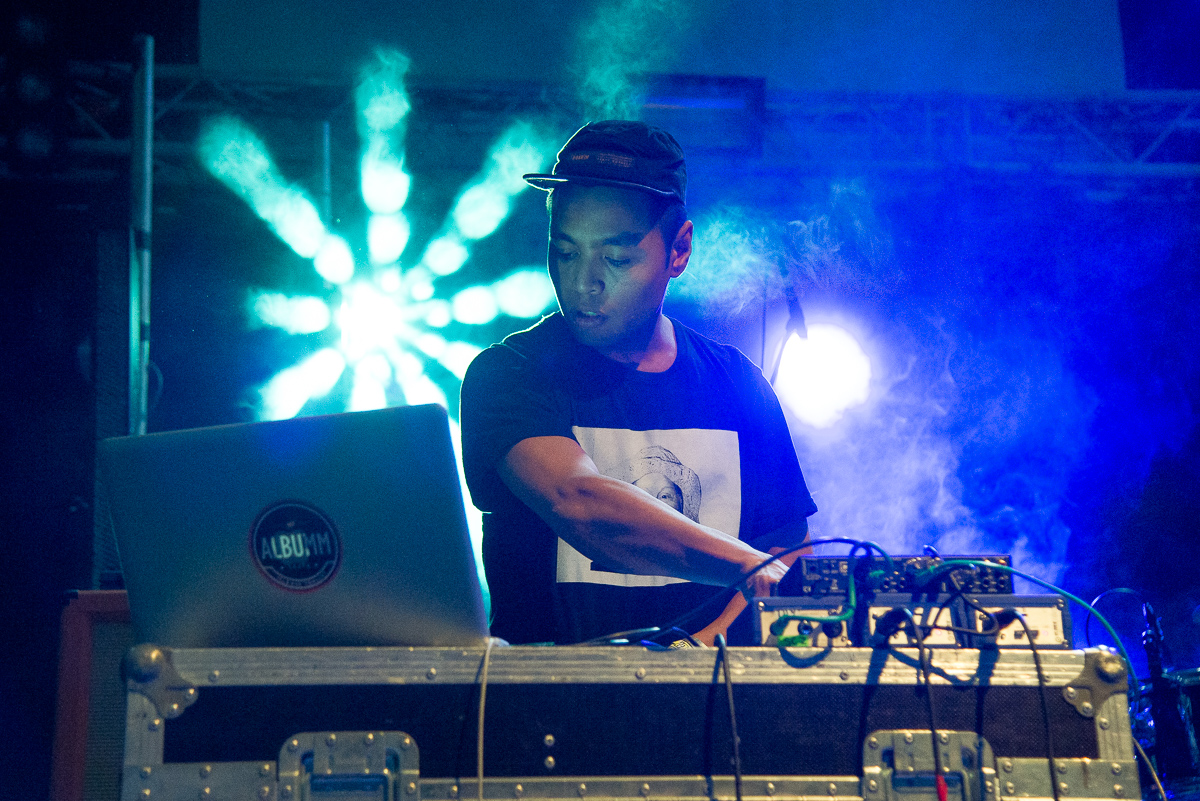 IntroBeats' music seems more suited to closing an evening than opening it up, but there were enough dancers filling the floor of the Best Fit stage at the Reykjavik Art Museum happy to pretend it was early in the morning rather than the night to make it work. Previously known for his work in the Icelandic hip hop scene - which is bigger than one might initially imagine - IntroBeats' music now displays both a love for and deep knowledge of '90s house that it was hard not to raise a smile for. [TH] 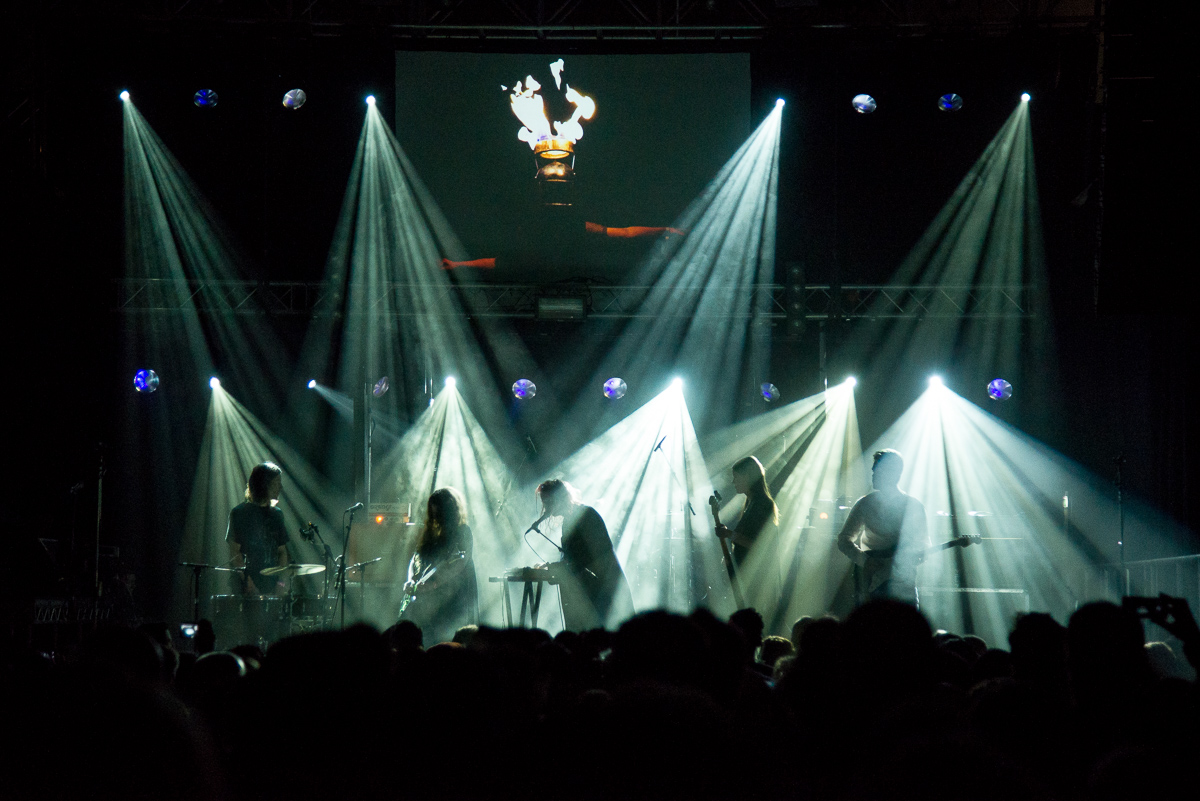 Icelandic five piece Mammut continued the night at Reyjkavik Art Museum, bringing a real sense of occasion to proceedings with their razor sharp rock. Sweeping the audience off their feet with a moody embrace, Katrína Kata Mogensen and co. focused on tracks from their latest record Komdu til mín svarta systir to stunning effect. [LD] 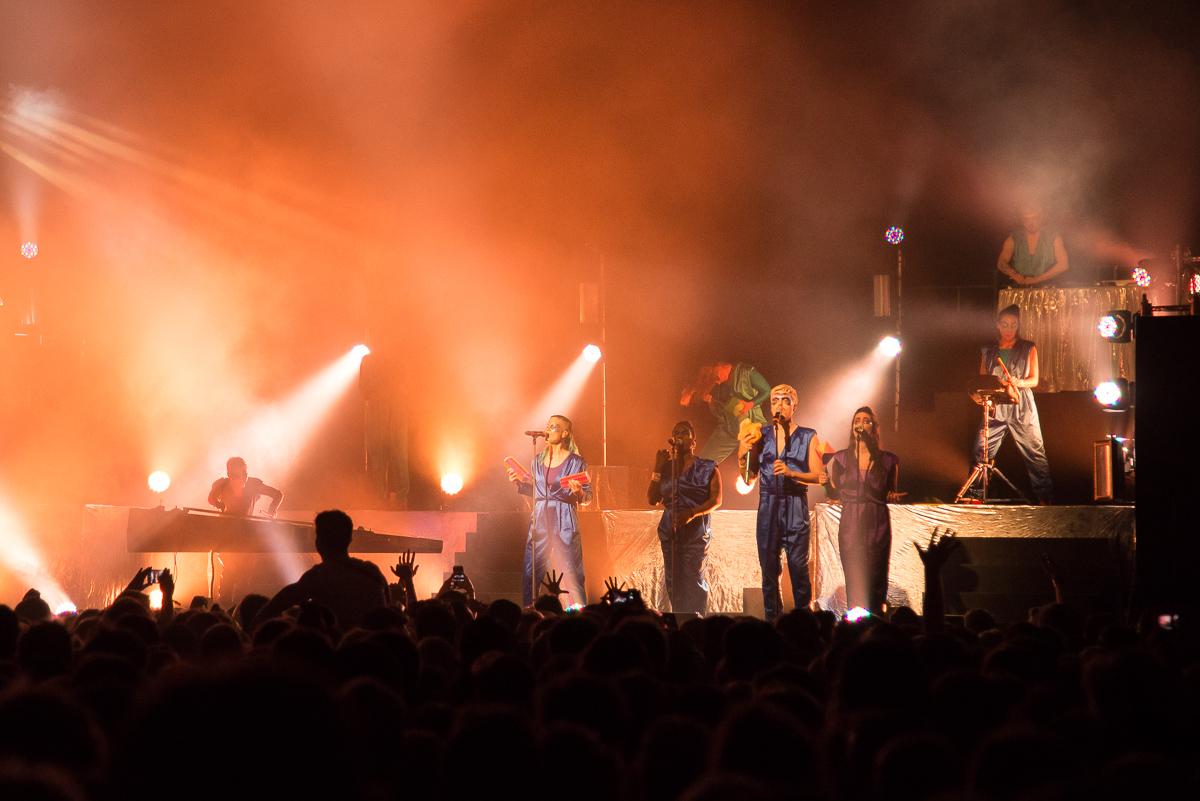 The queue for what was reportedly The Knife's final ever show snaked all the way from inside Harpa Silferburg back out on to the unforgiving harbour outdoors. It restored one's faith in humanity, the idea that so many people would brave temperatures so minimal to get one last glimpse of music that is so, so weird. A development and refinement of their Shaking The Habitual tour, it turns out it actually does make a difference to see the vast collection of dancers and acrobats actually physically playing and singing some of the music, even if none of the thousands of people packed like sardines into the room could have been sure which two of them - if any - were actually in The Knife itself. Dazzling, confusing and wonderful to the last, they'll be sorely missed. Until they reform for Primavera 2016. [TH] 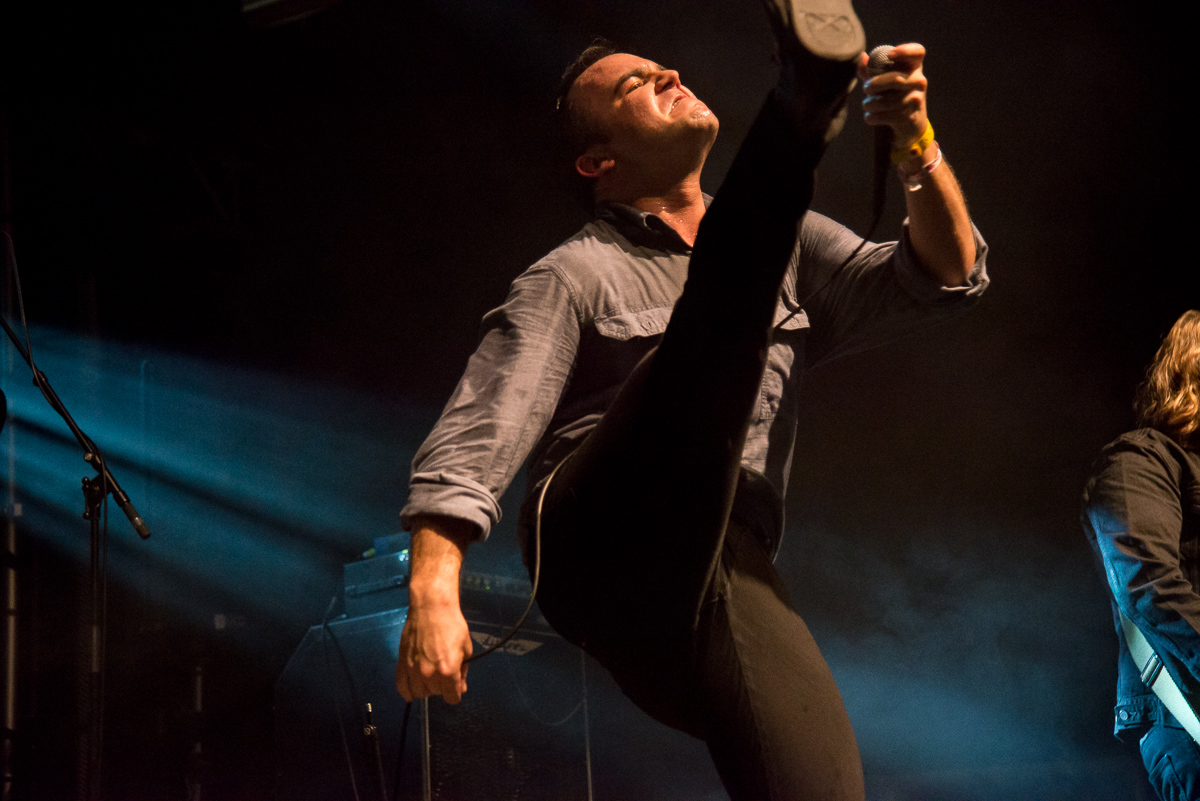 Ducking and diving around the Reyjavik Art Museum stage last night like we imagined he would, Future Islands' Sam Herring was a force of nature. His moves are legendary and the band are tight, carving out pop harmonies from the rawest of instrumental input. A frenzied, dancing and howling crowd are treated to most of the Baltimore quartet's break through third record Singles. "Seasons Change" provided a particular highlight - its bittersweet yearnings exemplifying just what makes the band so fantastic. Herring spent most of his time either belly flopping, beating his chest, playing with photographers and commending the string of women who broke into the photo pit to dance. The range of emotions on his face and in the music is like nothing else. Connecting on a previously unknown level tonight's show is the perfect reminder that bands deserve the time and patience to get to their fourth album, to find themselves and to do so in style. [LD] 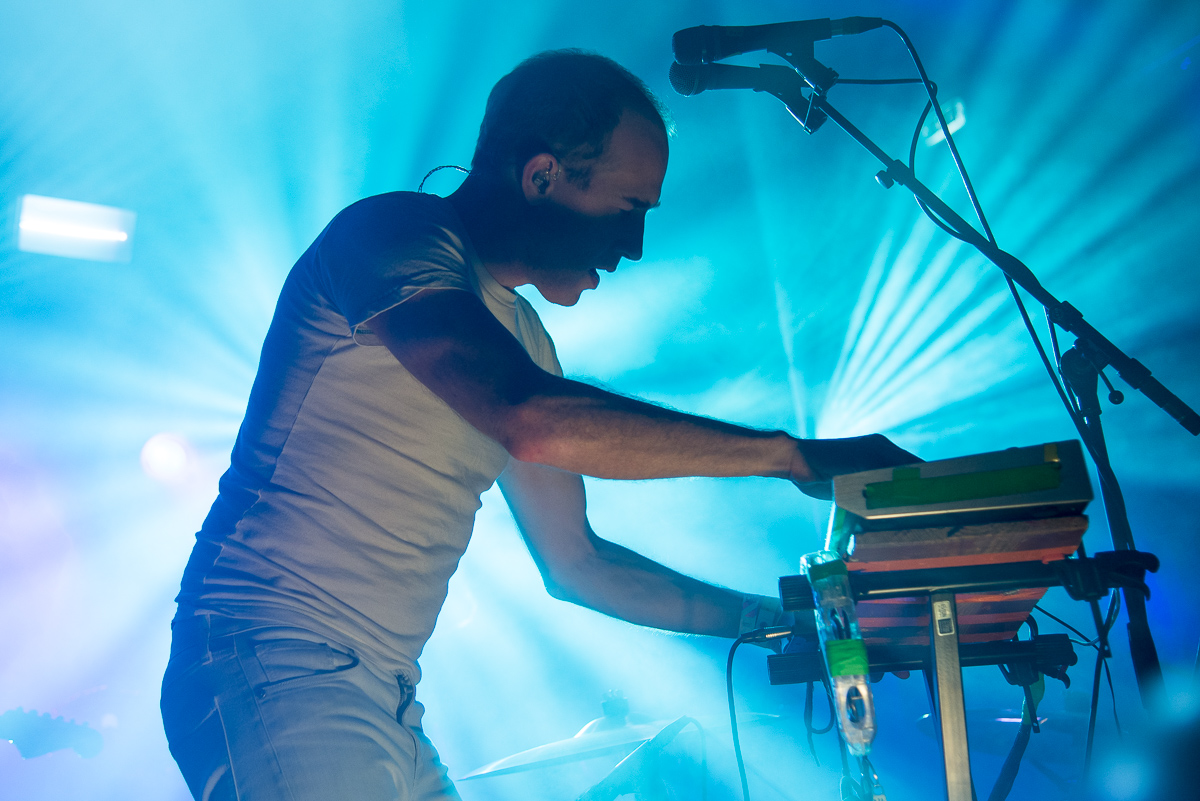 Caribou is currently enjoying something of A Moment, and it appeared everyone in Reykjavík wanted a part of it. It's difficult to imagine a more humble man making more spectacular sounds, but Our Love is a record of which Dan Snaith should be immensely proud. His four piece band delivered an exploration of its most luscious and fearsome extremes, revealing a richness of depth to the work that's only hinted at on the record. It sounded great - really great - in an art gallery. When it hits outdoor festival stages at sunset in the summer, it'll be something else entirely. This moment looks set to continue. [TH] 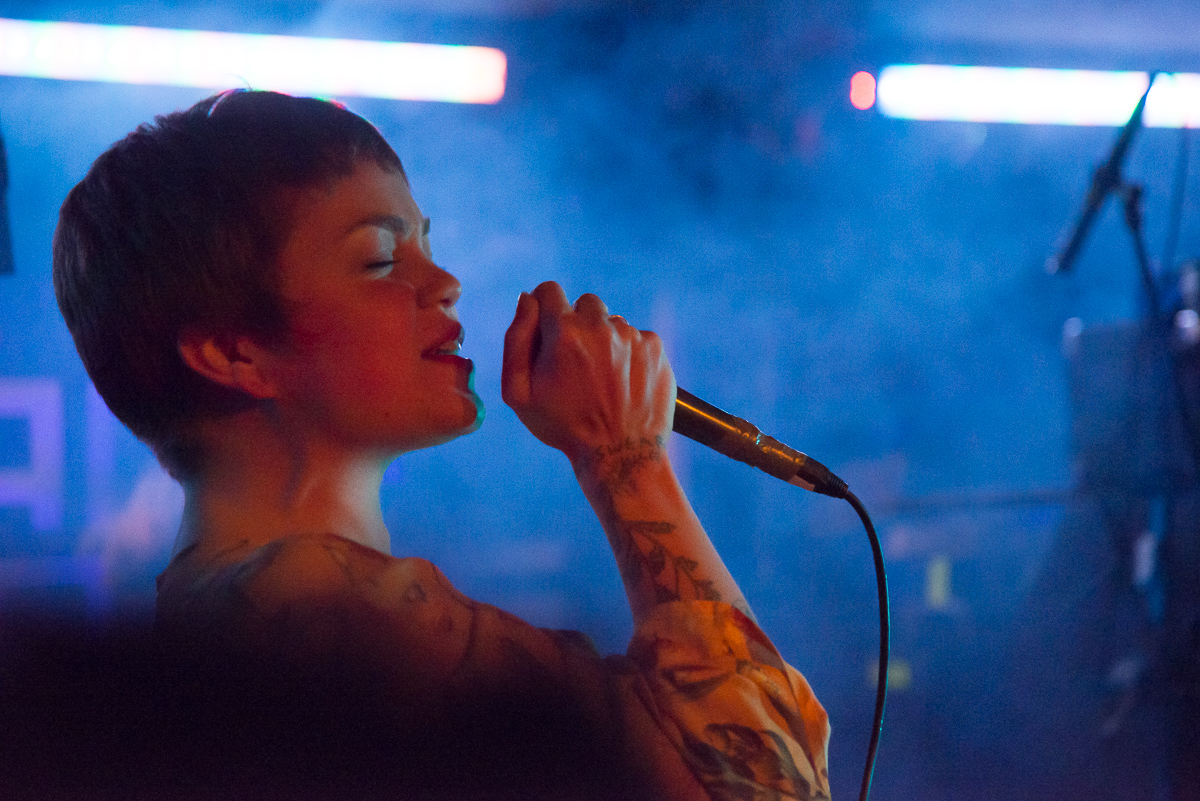 Being in a band as physically demanding as the utterly brilliant Perfect Pussy every night must really take it out of you, but the five piece took to the Gaukurrin stage with the excitement of a band playing their first ever show. Everything about their musicianship and performing chops however suggested a group long accustomed to destroying crowds in precisely the manner they succeeded in last night. Though the squall created by her band - the tightest cacophony of the festival, with few challengers - could be analysed for hours on its own, it's Meredith Graves' piercing screams, violent contortions and near permanent grin that provide the lasting memories; that, and a ringing in the ears that still hasn't quite dissipated. [TH] 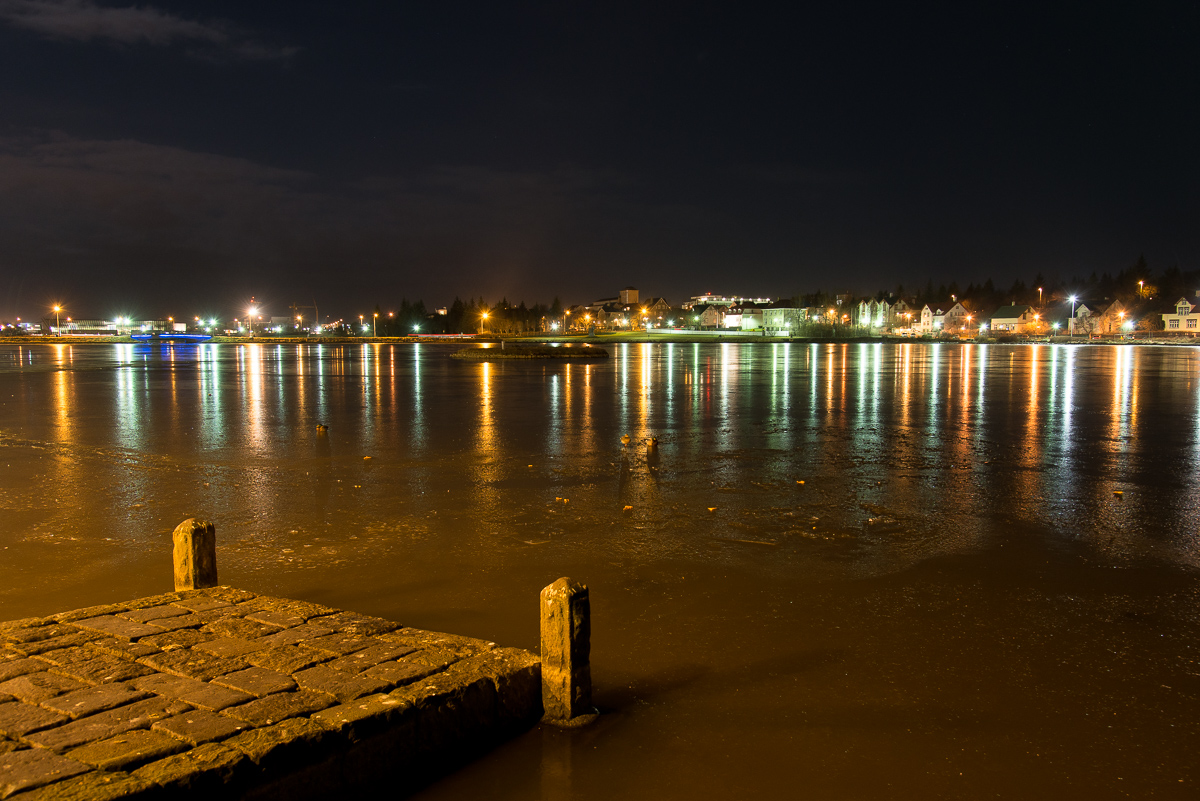