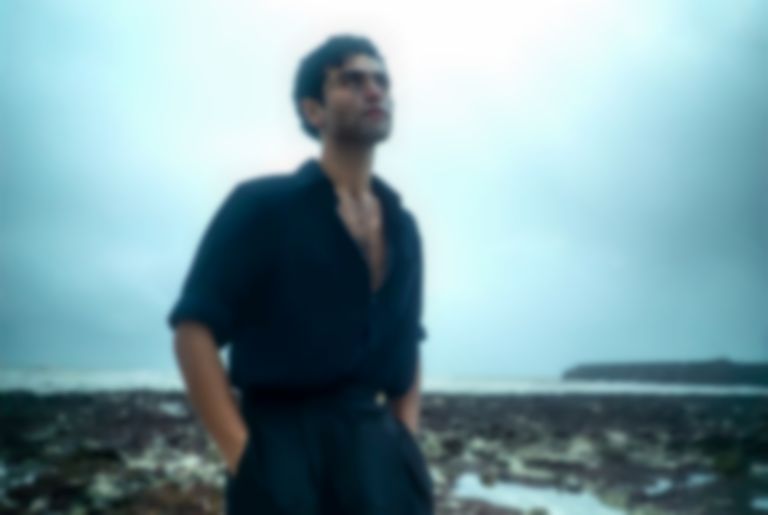 Hilang Child has released new cut "King Quail" as the fourth preview of his upcoming second album Every Mover.

Ed Riman, aka Hilang Child says of the single, ""King Quail" is about taking a step back and realising the absurdity of modelling one’s life and appearance around what you think others want to see, rather than living for yourself. It’s about learning to be comfortable the way you are, breaking away from that fear of rejection and the feeling that we have to exaggerate ourselves into some showpiece to gain the validation of others."

Riman continues, "The song started one night in Wyldest frontwoman Zoe Mead’s basement studio in Greenwich. I had this OP-1 loop and a motorik 808 beat, which I’d been messing around with for a while. We spent the night jamming over it and shaping it into a psychedelic, krautrocky pop-song with Zoe adding spacey guitar and myself reworking the drums, allowing the groove to loosen up. We ended up using a large chunk of the demo in the final version with my co- producer JMAC (Troye Sivan, Haux, Lucy Rose) adding some finishing touches to hone the song."

Every Mover will follow Hilang Child's 2018 debut LP Years. Riman says of the album, "I wanted it to sound a bit gutsier than the first album, heavier and closer to the kind of stuff that hits me when I go to shows or blast music in the car. I started out in music as a drummer playing for pop or beat-driven artists and grew up listening to louder stuff, but a lot of the music I’ve made as Hilang Child has been more ethereal. I wanted to bring it back to a place that feels more 'me' and make more of a thing of having big hypnotic drums, aggressive bass, ripping distorted instruments and a general energy to it."

He adds, "I get told I’m quite an openly emotional person, and I suppose the extremes in this album reflect that! But I also wanted the album to roughly follow the mental flow of feeling worthless, then recognising it, then accepting your shortcomings and trying to work on it, then coming out unscathed on the other side. I’m still not fully out of the spiral. The Covid apocalypse, alongside some personal life changes, have definitely caused it to resurface. But I’m glad I made this album as a kind of cathartic primer on trying to deal with it."

"King Quail" is out now. Hilang Child's Every Mover album will arrive via Bella Union on 8 January 2021, and is available to pre-order now.