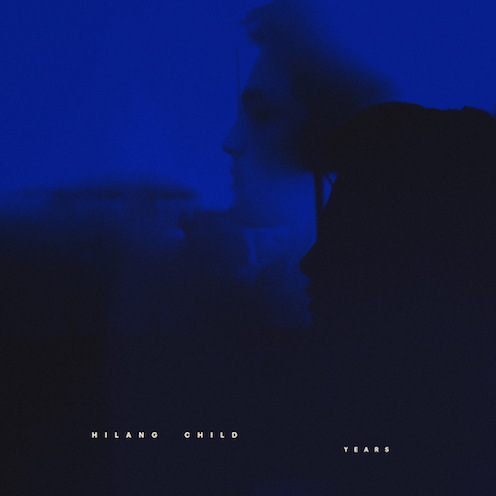 Your twenties - no matter how much you’re longing for the first real step into adulthood - almost always turn out to be a bit shit.

There's heartbreak, career failures, bank balance woes. There's the eternal tussle of working out who you are and what you actually want. I could go on - but I don't have to. Years, the debut album from London singer-songwriter Ed Rilman, aka Hilang Child, beautifully documents the existential angst of growing up.

Lead single, “I Wrote A Letter Home”, is in fact, a self-letter. Rilman himself states that he felt “totally lost and overwhelmed at navigating the big wild world alone.” Although deeply introspective on his part, it Is not a sentiment unique to Rilman. Rather, it charts the hopeless and hapless path of every millennial. “Rot”, on a similar tack, deals with the pointless relationships we all endure in that vein hope of finding love. As Rilman soars “what a mistake” on the track, the listener conspiratorially listens along; counting the destructive encounters we have endured. Silently, we count the fingers on both hands and the number of swipe lefts we have amassed.

Part Bon Iver, part Slow Club, the record sounds like camping in a VW van under a full moon in New Zealand. Whether or not Hilang Child is inspired by nature, it seeps through his arrangements. "Boy", an instrumental introduced at the album's midway mark, features a piano arrangement which smatters down like ice-cold raindrops, blissfully licking at your windows. "Llshor", the finale, interweaves the vocals and music seamlessly, evoking mountainous landscapes and cool breezes.

For all its triumphs – and they are not to be negated – Years can occasionally meander into lukewarm Coldplay territory, and we know that Hilang Child is better than that. At his best, he is the classical synth dreamer who induces his listeners into a beguiling poignant reverie. On “Sleepwalk”, he disrupts his usual celestial formula to prove that he is an artist capable of creating discordant melodies which unsettle the soul. By contrast, “Crow”, possibly the weakest track here, is overly reliant on swelling melodies, as if Chris Martin had bought a bottle of whisky and decided to subscribe to Goop.