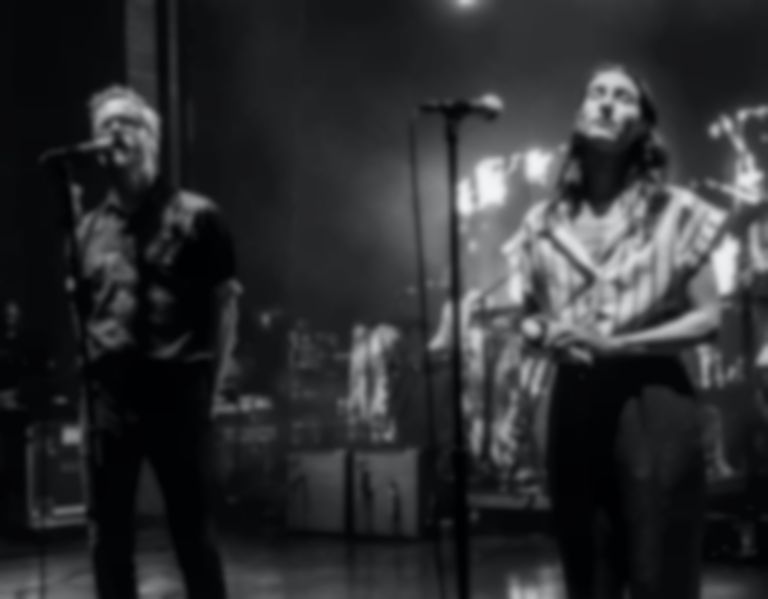 Hannah Georgas is back with a new version of her All That Emotion track "Pray It Away", which sees her duet with Matt Berninger of The National.

In September Georgas released her All That Emotion album with production from The National's Aaron Dessner.

Today (17 November) Georgas has returned with a fresh version of "Pray It Away", which sees her duet with The National's lead vocalist Matt Berninger.

The collaboration came about after Georgas joined The National on their I Am Easy To Find tour last year. Georgas and Berninger recorded the new version this summer.

Georgas says of the new version, "In a lot of ways, All That Emotion is a personal record, but "Pray It Away" ended up being very collaborative. I co-wrote the song with my producer Aaron Dessner, who sent me an instrumental during the time I was writing and demoing. A close friend of mine inspired the lyrics. She told me over dinner one night that a family member didn’t want to attend her wedding because she was marrying a woman. I wrote the song the next day using the chord progression from Aaron’s demo. It was upsetting to see my friend go through what she was dealing with at a time where she should have been celebrating."

She continues, "While Aaron and I were recording this song together, he mentioned it could be really great to ask Matt Berninger to sing on it. Ironically, it wasn’t until the pandemic hit when we were actually able to follow through with this idea, together. It’s so lovely it all worked out and we were able to make it happen in the end."

Berninger adds, "This song is one of my favorites off Hannah's new record, so I begged Hannah to let me sing it with her. Turns out sometimes prayers are answered."

Hannah Georgas' new version of "Pray It Away" featuring Matt Berninger is out now alongside her All That Emotion album.