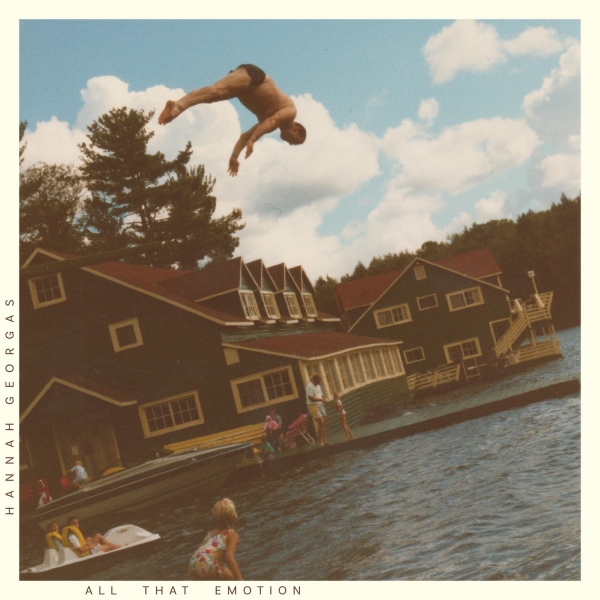 ​Ever since Hannah Georgas released For Evelyn back in 2016, it’s been a wholly anticipatory wait for the singer-songwriter’s follow-up.

Coming in the form of All That Emotion, Georgas’ fourth full-length release is a fully moving and uplifting affair as she works through, as promised, all these emotions. Coming in on the highly personal side, with themes of resilience, persistence, heartbreak and finally acceptance, the songs are bittersweet and the result is a mature sound marrying elegantly with Georgas’ ethereal, yet sweet, vocals. It’s also worth noting that The National's Aaron Dessner helmed production, giving it that same echoing sparsity as his recent working on Taylor Swift’s Folklore, which makes for an even more undulating experience.

Opening with “That Emotion", honing on the more electronic, and playful side. However, despite the fun beats, the Toronto native sings about feeling alone, and you can't help but feel this tangibily in the honest lyrics and delivery. The blissful feeling that blossoms when listening to “That Emotion” follows throughout the album, which, as a whole is comes together incredibly cohesive. The songs all sound similar - in a good way - but each possessing their own subtle nuances and themes.

“Dreams” has a nostalgic feel, touched with a genteel uplift (“I only thought I could find you / In dreams I've had”), whereas “Pray It Away” is a poignant and heartbreaking track, concerning a battle with Georgas’ own conservative family about same-sex marriage. What hits like a tidal wave is the personal vulnerability on such an understated track.

“Same Mistakes” strips things back, once again presenting Georgas at her most vulnerable. The emotive lyrics give you a sense of someone suffering a struggle. Singing wistfully, “I think I am healing” and “Don’t underestimate me”, her learning to accept the past and embrace her own power is wherein her true weight lies. Even the beat underlying the track mimics a heartbeat, Georgas' life-force really was always apparent, especially with titles such as “Punching Bag” and “Change”, there was never any question of the openness.

All That Emotion deals with breaking free from negativity tied to those who are supposed to love you the most. Working with Aaron Dessner brought out “the truth in [her] voice,” as Georgas put it, and it's hard to disagree. While you can identify his signature guitar looping motifs on the records, providing a subtle backdrop for Georgas’ expressive vocals, it's her willingness to open herself up on such a bare naked level that gifts All That Emotion its titular promise.