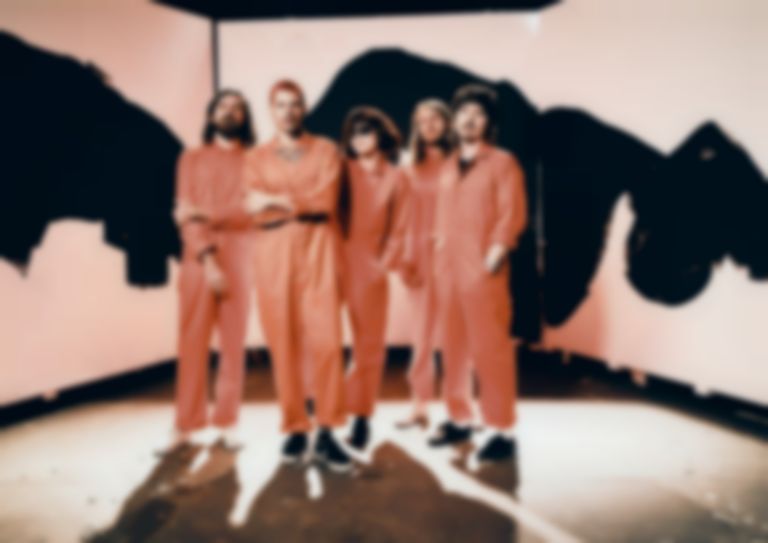 After returning with their first single in three years "Deleter" last week, the band are back to provide details of their fourth record.

Healer was recorded between Sonic Ranch in El Paso, Texas with producer Dave Sitek (TV On The Radio, Yeah Yeah Yeahs, Weezer), and at Larrabee Studios in LA with Malay (Frank Ocean, Lorde).

Grouplove's Hannah Hooper says of their Healer album, "When we all met in Greece, Christian and I were leaving New York at an all-time low. We just wanted to have a fun summer. We wanted to make art. And we're still doing that. We found that feeling again on this album, of hopelessness put into a medium of expression. This album is us fighting for that feeling. We’re addressing that life is hard. We understand and we are going through it with you."

TO RECAP A MORNING OF GROUPLOVE NEWS!

Our new album "Healer" is out March 13th!

We are going on tour!! pre-sale tomorrow, general on sale Fri.