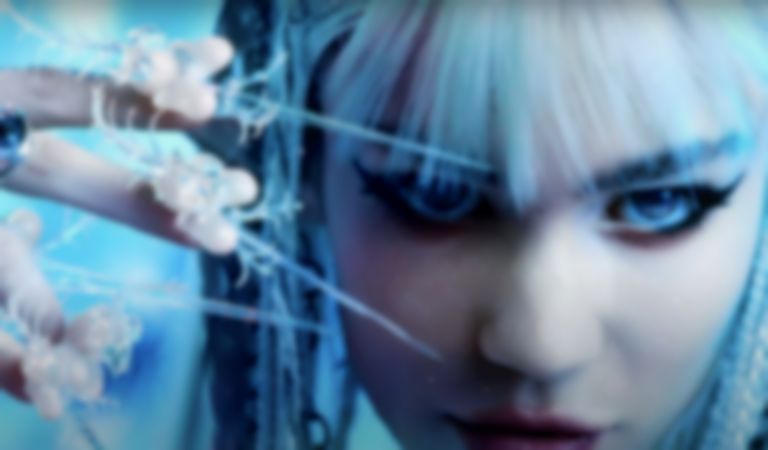 "Shinigami Eyes" is Grimes' first release since December's "Player of Games", and arrives with a Brthr-directed video that features an appearance from BLACKPINK's Jennie.

Grimes told Apple Music 1's Zane Lowe that the track was a "label executive decision song" that didn't necessarily tie in with the "space opera" theme of her forthcoming album.

She added, "We’re thinking about maybe taking this song, a couple other songs that don’t fit on the record and doing an EP and just doing that now. Or we’ll just do it in the album, but I definitely don’t want to get caught in a situation where I’m not releasing music for a really long time."

Since last month Grimes has been teasing a project titled BOOK 1, which will follow her 2020 album Miss Anthropocene. She's yet to share more details of BOOK 1, but did tease a possible collaboration with The Weeknd on Discord last month.

Grimes' "Shinigami Eyes" track is out now. She's yet to reveal more information about BOOK 1.