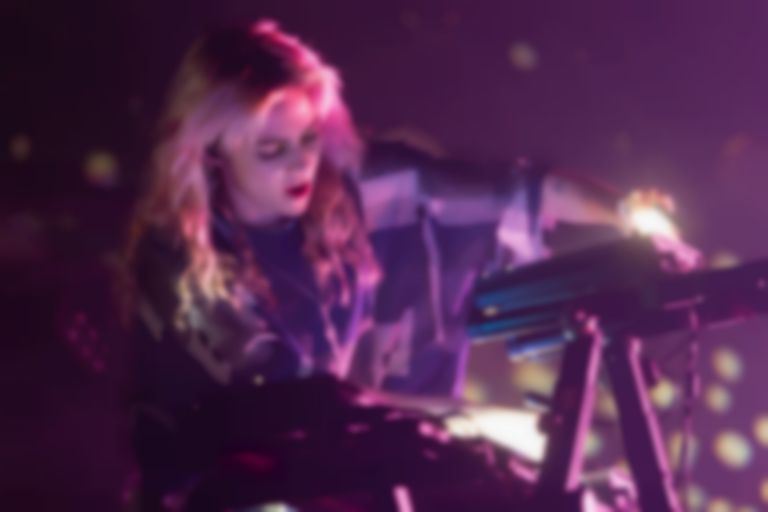 Grimes is auctioning off 10 pieces of original digital artwork (in the form of non-fungible tokens) called WarNymph Collection Vol. 1, which will also include several exclusive tracks created by Grimes.

The auction for WarNymph Collection Vol. 1, launched yesterday with a 48-hour running time, and consists of 10 pieces of original digital artwork created by Grimes alongside her brother Mac Boucher.

Grimes' new artwork is presented in the form of non-fungible tokens (NFTs), and multiple pieces are also accompanied by original music from Grimes.

As Rolling Stone reports, the piece Earth is accompanied by unreleased track "Ærythe", while "Mars Theme" soundtracks the piece Mars. Grimes' Death of the Old artwork also features a demo of a song called "Anhedonia".

According to the auction description, "A percentage of the proceeds from the WarNymph NFT sales will be donated to Carbon 180, a NGO dedicated to reducing carbon emissions."

Dazed reports that the auction has already brought in over $5.8 million. The piece still up for auction, titled Death of the Old, holds a current highest bid of $200,000, with still hours left until the auction ends.

Last month it was revealed that Grimes will feature on the new Blink-182 album alongside Pharrell and Lil Uzi Vert.