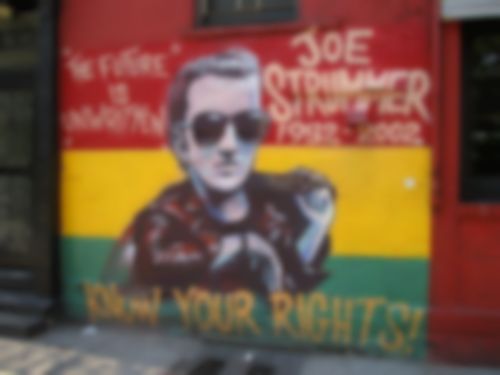 A town square in the Spanish city of Granada has been re-named in the honour of The Clash’s late frontman Joe Strummer.

Strummer originally moved to the city in 1984, and quickly became involved with a local band by the name of 091.

Taking some time out, having fired Mick Jones and Nick Headon from the group shortly before, the singer went on to produce a record for the Andalusian band during his stay.

Now local journalists and other key figures have petitioned the government to celebrate the punk icon’s links with their hometown, naming the square the ‘Plaza Joe Strummer’.

“It seems he was giving a lot more love and attention to the Granada band at the time than he was to the Clash. He even put his own money into it, paying for studio time.

He was a bit jaded by the whole rock industry by then. He was refuelling and filling his spirit to some degree. And he was dealing with guys that he probably recognised from the early Clash days, struggling to exist on a small local circuit.”

Hall is currently working on a film based around Strummer’s adventures in Spain.