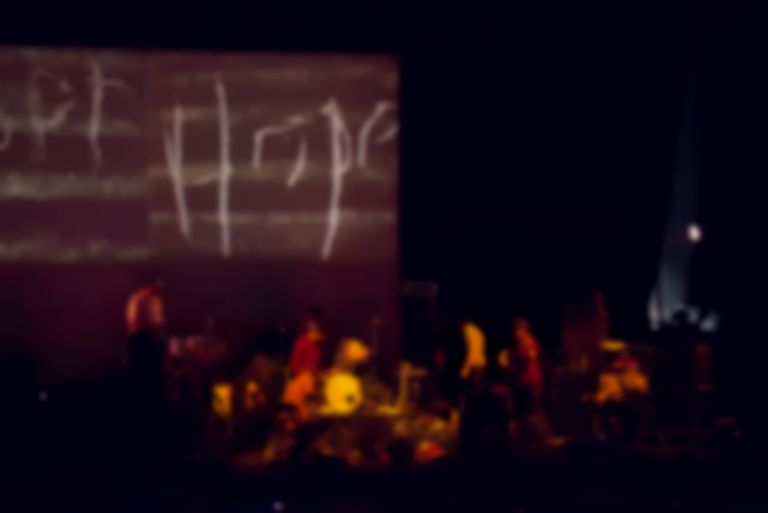 Godspeed You! Black Emperor have returned with news of their first album in nearly four years, G_d’s Pee AT STATE’S END!, which will be released next month.

G_d’s Pee AT STATE’S END! will follow the Canadian collective's 2017 album Luciferian Towers, and was produced by The Besnard Lakes' Jace Lasek.

According to The Quietus, their new album is made up of four tracks - two 20-minute pieces and two six-minute tracks.

In a statement, the band writes of the album, "We wrote it on the road mostly. When that was still a place, and then recorded it in masks later, distanced at the beginning of the second wave. It was autumn, and the falling sun was impossibly fat and orange. We tried to summon a brighter reckoning there, bent beneath varied states of discomfort, worry and wonderment."

Godspeed You! Black Emperor's G_d’s Pee AT STATE’S END! album will be released 2 April via Constellation.