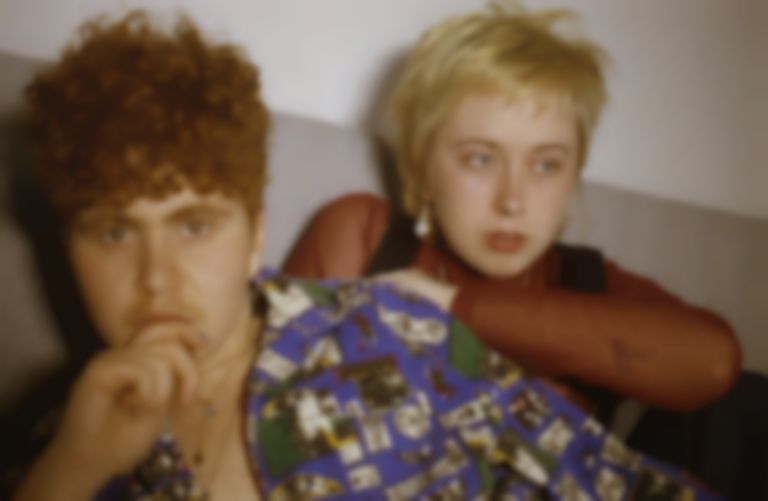 Los Angeles duo Girlpool return to deliver the title-track of their forthcoming album, "What Chaos Is Imaginary".

Harmony Tividad and Cleo Tucker are inching closer to next month's release date of their fourth record What Chaos Is Imaginary.

Having already shared previous singles "Lucy's", "Where You Sink", and "Hire", Girlpool have decided to unveil the angelic title-track of their fourth album.

Expanding on the story behind the track, Tividad explains, ""What Chaos is Imaginary" is a song very close to my heartmind... closer than most. I wrote it at the most vulnerable point I have ever had thus far in my life. I was living very far from 'home' and not taking the best care of myself on any level... no matter what I did, I was getting into situations that were emotionally, spiritually and physically putting me at some type of risk. These situations culminated in me having horrific PTSD (I didn't realize it was this until long after) during which I found it completely impossible to imagine living beyond the time I was in. The 'present moment' was impossible to even begin to participate in-there was very nearly a white noise over all interactions and I couldn't focus in any social situations unless I somehow found a way to be in my wrong mind. This song is about reckoning with this-trying to find a path to forgiving myself, attempts to redevelop a relationship with the world where I could find some illusion of 'safety' and belief in the fact that I could ultimately take care of myself."

What Chaos Is Imaginary was created both together and independently, with both members taking part in the record's production and arrangements. The duo also work more independently, only coming together when it feels right.