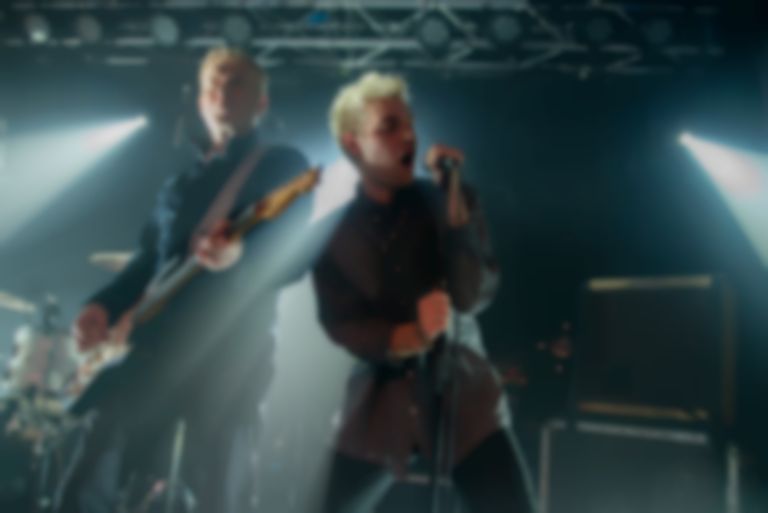 Gang Of Four have announced a new EP, This Heaven Gives Me Migraine, to pay tribute to late bandmate Andy Gill, as well as unveiling the lead single "The Dying Rays (2020)".

The band's co-founder Andy Gill died on 1 February aged 64. Before his death, Gill gave the green light on the final mixes for new music he was working on at the time.

"The Dying Rays (2020)" is one of three new tracks that will feature on This Heaven Gives Me Migraine, alongside two spoken interludes by Gill.

Discussing the new track, Gill's wife Catherine Mayer says, "There have been so many tributes to Andy as a creator and as a breaker - of rules, new ground, guitars. "The Dying Rays (2020)", a track Andy first recorded with our old friend Herbert Grönemeyer and reworked by Gang Of Four singer John, shows the fuller picture, of a man who also thought and felt deeply and whose loss is not just to music but to all of us who loved him."

Mayer says of the EP, "From the hospital, Andy continued to give final notes on mixes of music that he looked forward to releasing. Since his death, I have been working with the band to fulfill his vision. The only change we have made is to include on the EP two brief recordings of Andy speaking, both, in different ways, essence of Andy."

Gang Of Four vocalist John "Gaoler" Sterry adds, "This collection of songs was recorded just before Andy died and it was his intention to get these out - to represent the way we played them on tour, late last year. All three songs were recorded in Andy’s home studio in London and there’s a fly-on-the-wall intimacy to this EP; from the song selection to the snippets of spoken word."

"The Dying Rays (2020)" is out now. Gang Of Four's This Heaven Gives Me Migraine EP arrives 26 February.