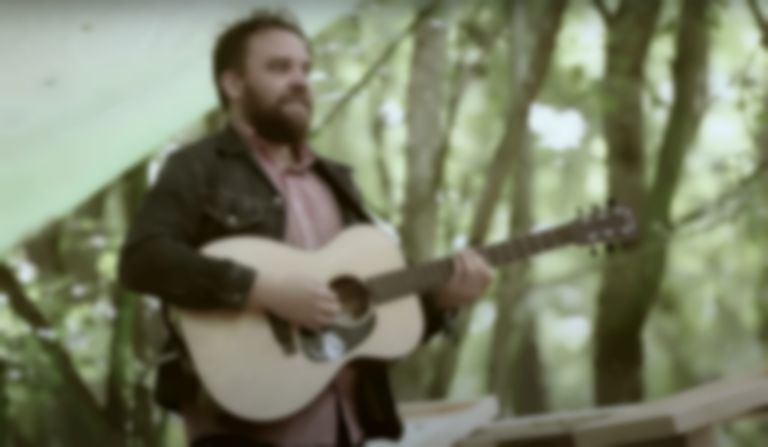 Late Frightened Rabbit frontman Scott Hutchison has been honoured with a memorial bench in his hometown of Selkirk, Scotland, and will allow "family, friends and fans to find a moment of peace."

Over the weekend a new memorial bench dedicated to Frightened Rabbit frontman Scott Hutchison was unveiled on the "loch side" in his hometown of Selkirk.

The new bench was made with leftover money from a campaign that saw a bench in Kelvingrove Park dedicated to Hutchison a couple of years ago, and features a line from their "Head Rolls Off" track, "While I'm alive, I'll make tiny changes to earth."

Hutchison's Selkirk bench was, according to the Frightened Rabbit Instagram post, "Designed and built by three young girls starting out on their carpentry careers this is a true labour of love."

The post also revealed that the new bench is for "family, friends and fans to find a moment of peace."

Earlier this month Coldplay donated a unique and signed "Champion Of The World" vinyl to the Tiny Changes charity set up in memory of Scott Hutchison, ahead of what would've been his 40th birthday.