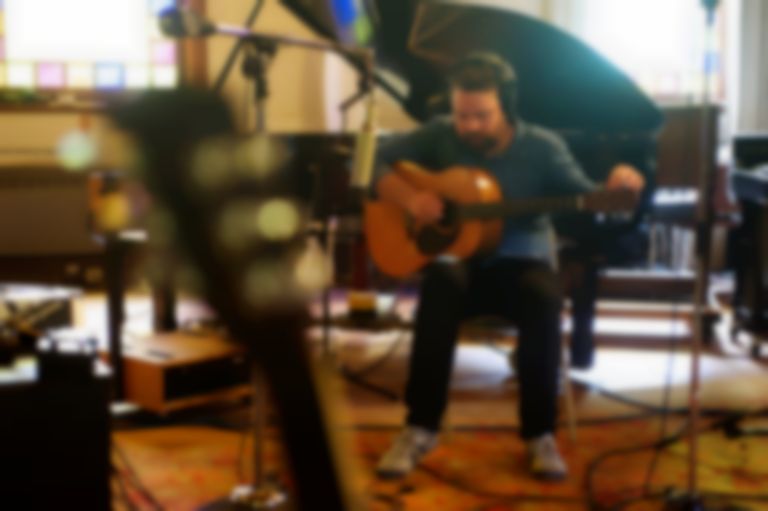 It's been over two years since Frightened Rabbit released their fourth record Pedestrian Verse, but after speaking to the band's Scott Hutchison, there's hope that we might get the first glimmers of their next LP sooner than we thought.

The record's taken a vastly different turn compared to its predecessors - now split across the Atlantic, the band, diminished to a four-piece after the departure of Gordon Skene, were composing over email. Aaron Dessner of The National was brought in to help produce, and although it's taken a fair old while, it seems like the record's taking shape now, with a vision for the first sounds to arrive before the turn of the new year. 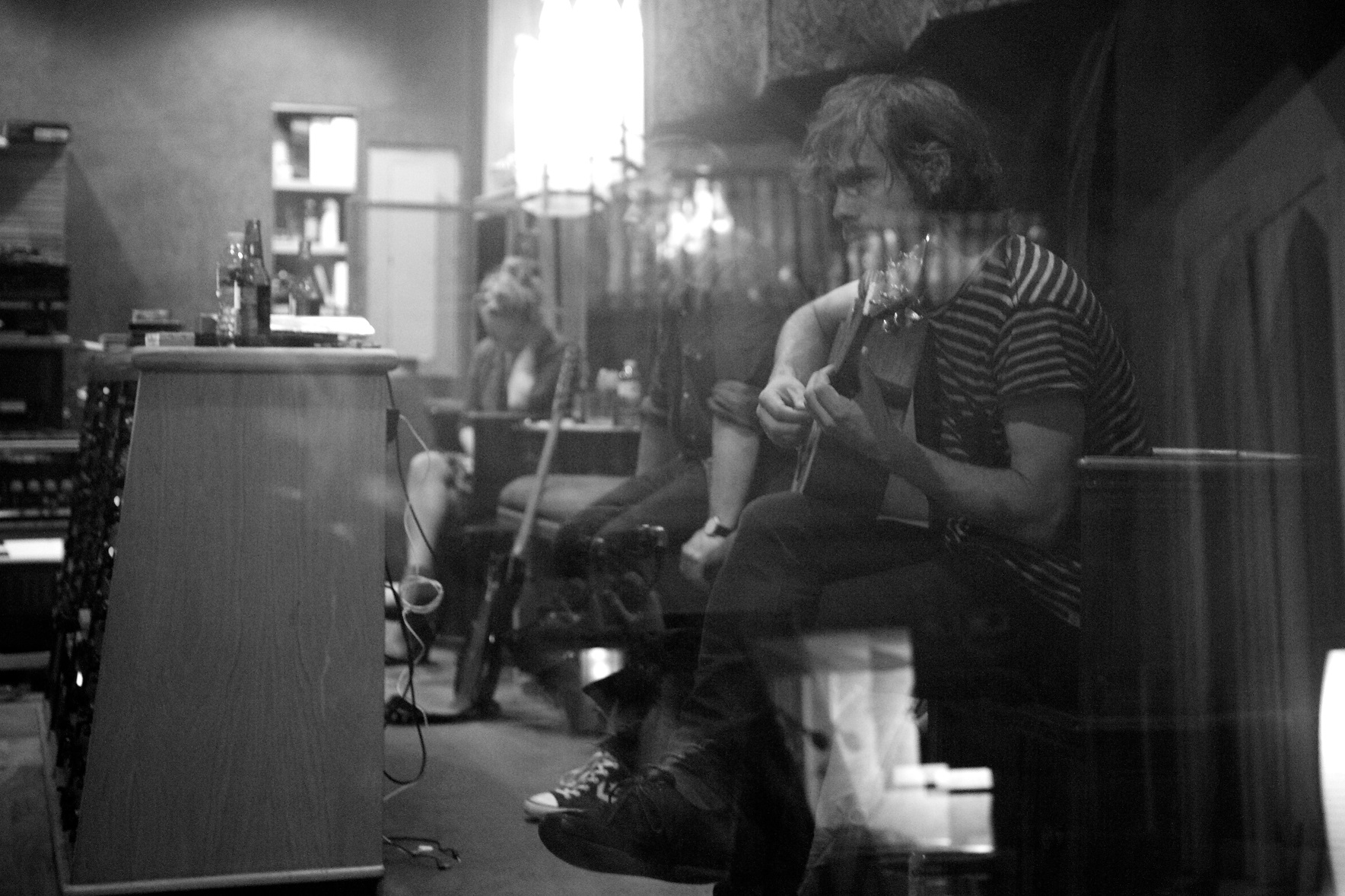 What's the recording process been like for this record?

Scott Hutchison: "It was very different this time. I moved to the U.S. 18 months ago, and that’s naturally changed the way we’ve worked. We did a few sessions in the U.K., but the majority has been made over email and sending tracks back and forth, which immediately puts it in a very different place… but we felt we needed to shift the sound a little."

How do you mean 'shift the sound'?

SH: "It feels like what we’d been chasing for years came to a conclusion on Pedestrian Verse. It was time to reassess where we wanted to go, and what sound we wanted. It was almost like starting afresh. We all wanted to make a bolder, but not necessarily bigger record… just one that has more purpose."

Does that mean changing the instrumentation up?

SH: "There are more electronics definitely. For example, in the drums we were working with software and MIDI a lot more, and that’s coming through. We’ve not ditched what we’d done before entirely, but it’s an important progression. Having existed in indie rock for our whole career, it was time to step out a bit - not leave it behind though."

How has your approach to themes and subject matter changed?

SH: "I can’t put my finger on how it changed, but it has to have done. There’s no way that such a big personal change could have not. You start to find different themes. It’s not a happy record by any means. It might be a bolder, less meandering, maudlin record than before. The messages are simple, the structures simpler, and the instrumentation more direct. It has changed. But just how much remains to be seen." 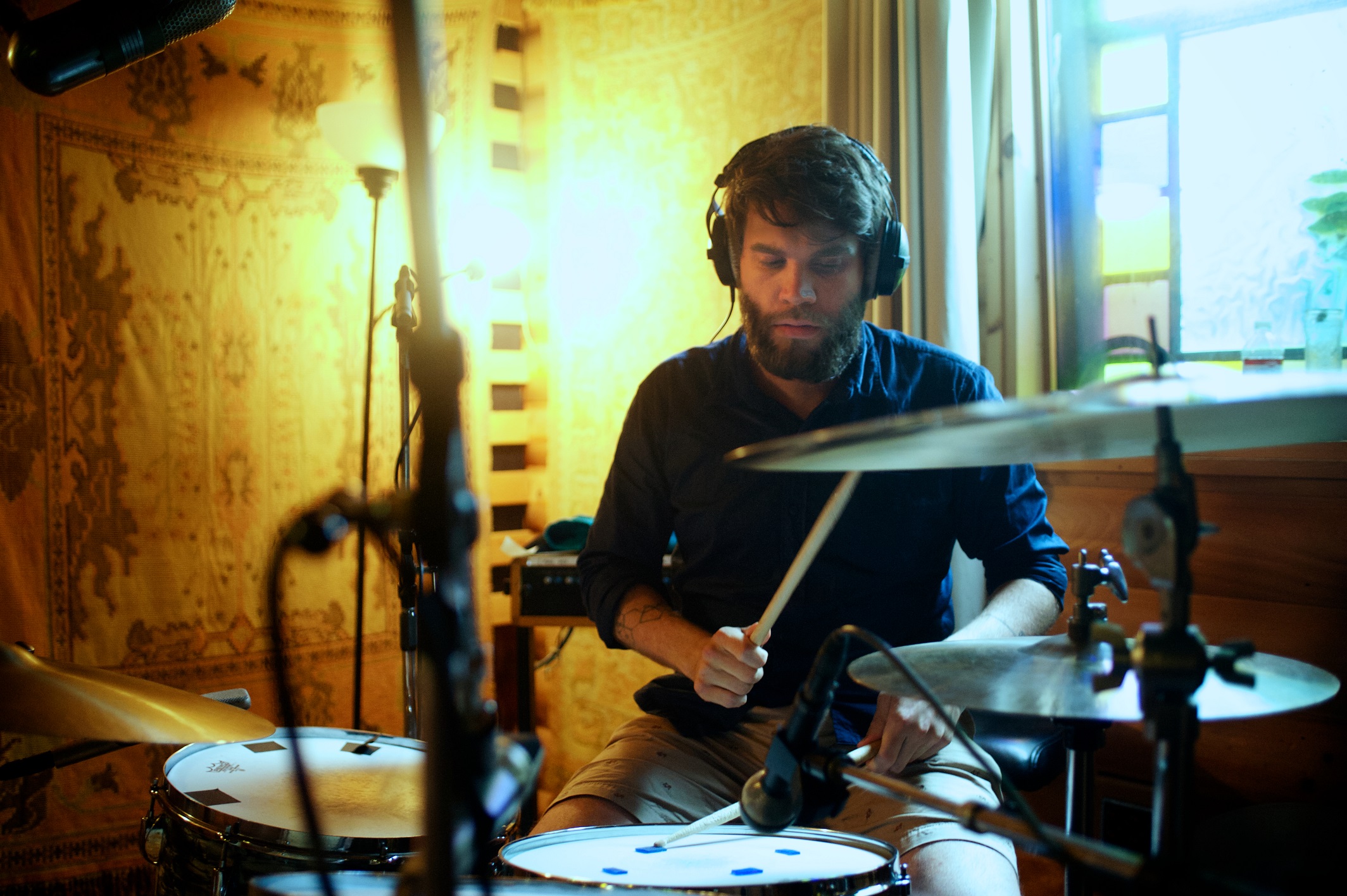 When you did get together for recording, what happened? Was it easy to slip back into the process?

SH: "The first time we were at Dreamland [Woodstock recording studio] we really enjoyed it. We were in there for two weeks... because of the sound of the room, this old church studio, the acoustics and drums were wonderful – just this really nice sound. Then we went to a tiny studio out the back of our producer’s house. After getting these beautiful big sounds, we essentially used the next days to make the album weirder, bring it to the place we wanted and make it a strange pop record."

So your producer's Aaron Dessner. Are you particularly big fans of The National?

SH: "We were all massive fans. But we didn’t want to make a record that sounds like The National – they do it best; there’s no point."

SH: "We started chatting with him for a while – he’s been involved a long time – and it was clear he wasn’t interested in inflicting The National's sound on the album. The direction he wanted was where we wanted to go anyway. We adore The National, but we didn’t want to make an album like that. He understood."

How has the sound evolved or morphed compared to that on Pedestrian Verse or your other records?

SH: "It’s been done piece by piece. We can dig deeper into electronica sounds. Because I moved I had to learn to use software, and I couldn’t rely on Andy anymore. That world has opened a new direction – I’ve relished that. There’s only so far you can go with acoustic guitar and vocals in a room. It’s broadened our scope. I’m not interested in shovelling the same shit. It’s an insult to just say ‘oh, you like that? Here’s more!’” 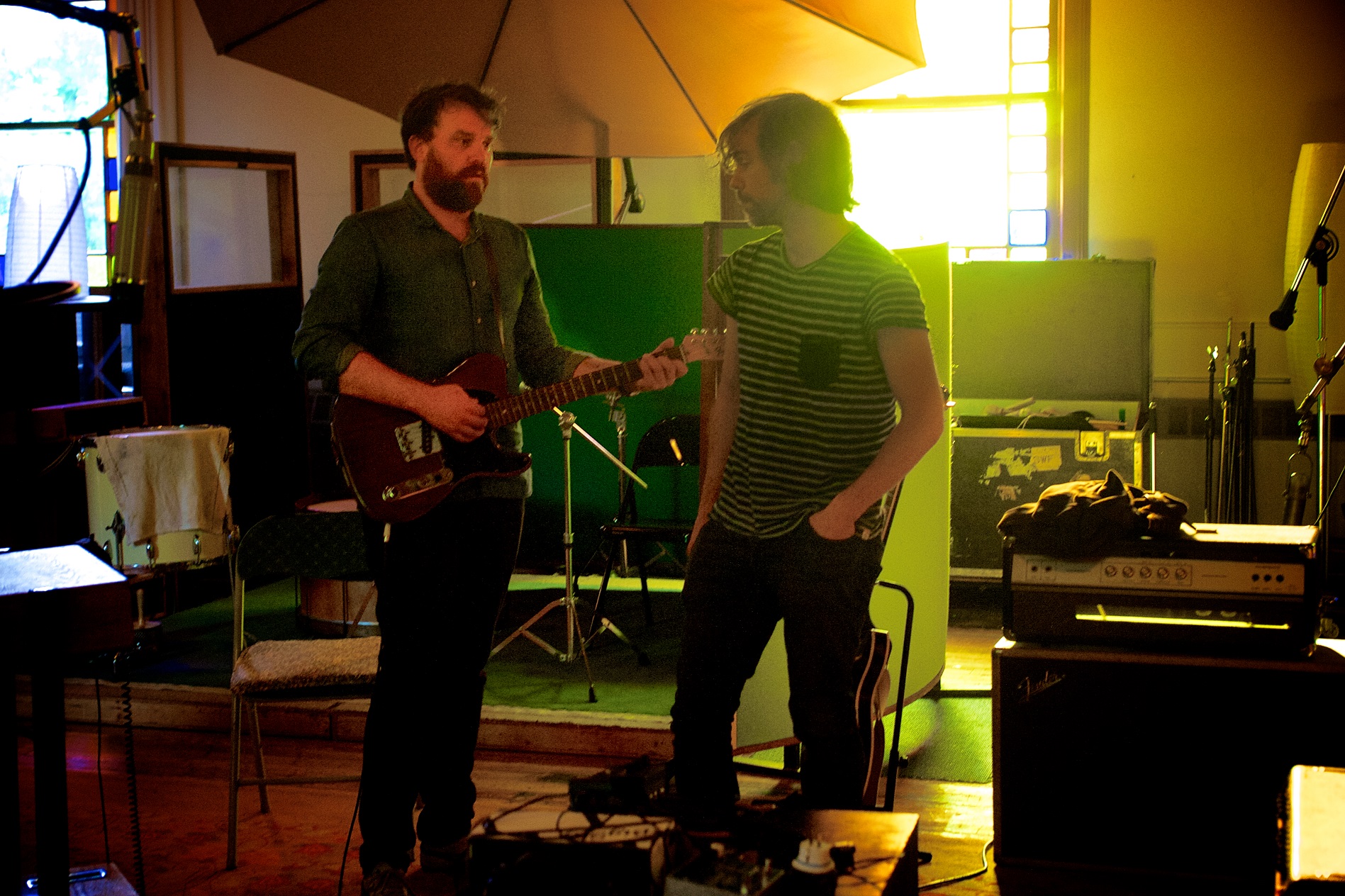 What sort of things can we expect to hear?

SH: "‘Treated sound’ is how I’d like to describe it. It’s amazing how much drums affect the overall sound – these lovely organic drums keep us in indie rock territory. But then it’s revealing itself as it goes on. We’ve been prepared in the past… there was no certainty this time. I genuinely believe we won’t know what it sounds like until the last day. It should still sound like a band, but I wasn’t interested, simply because of the geography, to rehearse it. No one knew what the fuck was going to happen – as scary as that was, that’s what’s going to define the album."

How is it going to work for a live environment? You said there's new electronics as well - does that mean modifying older material as well?

SH: "We’re going to have to rerehearse the whole lot. We’ve been doing the same thing for such a long time, and I don’t think that interests us anymore."

When can we expect to hear the first sounds?

SH: "One song this year, play shows. We plan to reconnect in that way, then hopefully get it out properly early next year. It’s been such a long process, and I’m so excited to get it out. When you spend so long working on something it’s nice to put an end marker on it, like we’ve been going through so many iterations of these songs sometimes it feels a bit like ‘argh, when’s it going to fucking end?’" 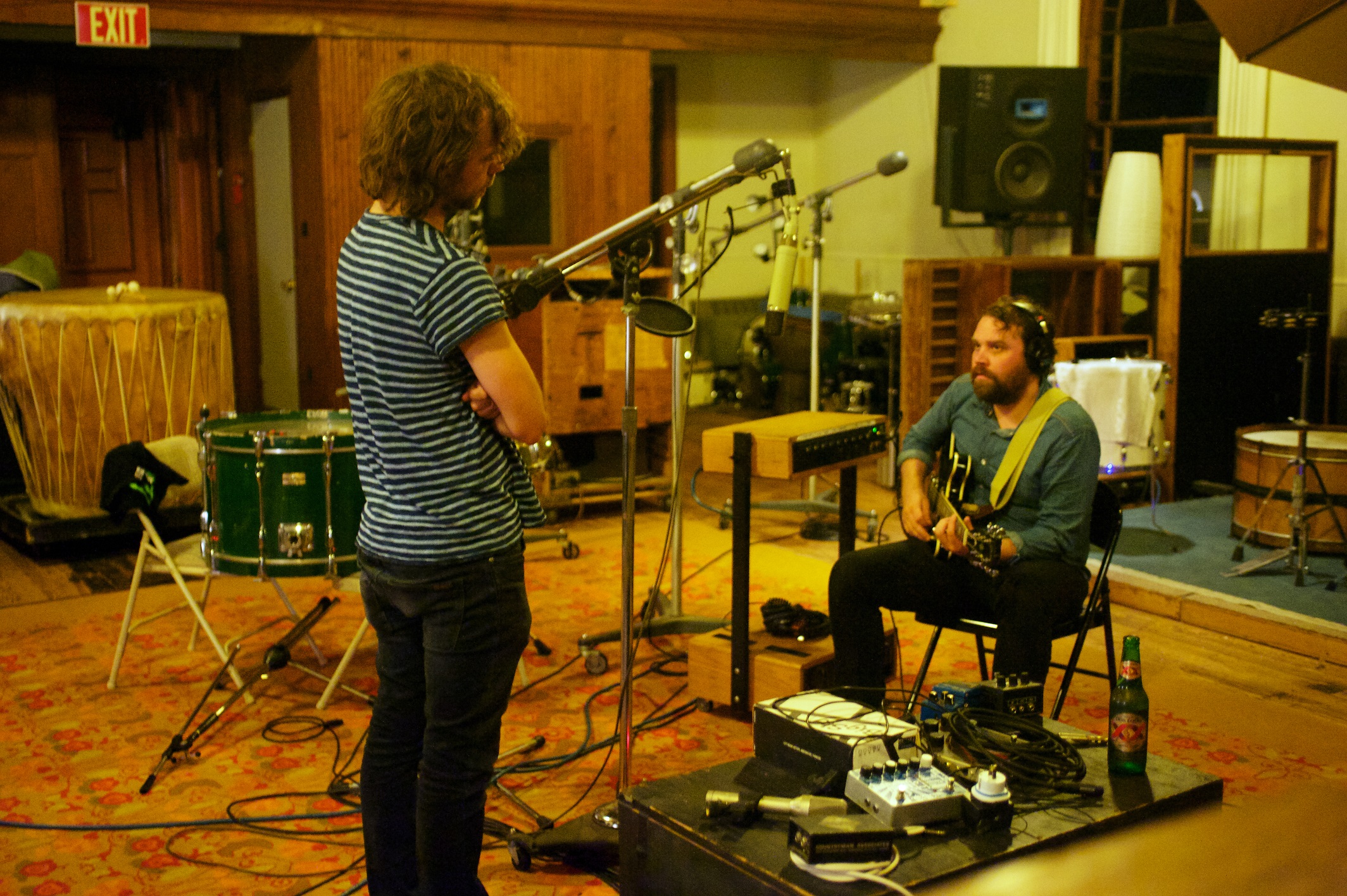 All images by Sam Erickson.