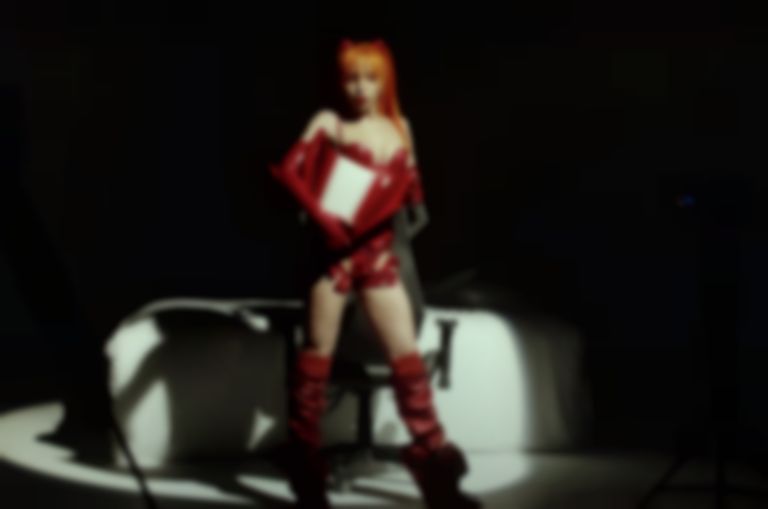 FKA Twigs has joined 645AR on his latest single "Sum Bout U".

"Sum Bout U" is produced by SenseiATL, with co-production by El Guincho, and sees FKA Twigs join the Atlanta-based rapper for the high-pitched song.

As well as featuring on "Sum Bout U" today (4 August), FKA Twigs has also launched a GoFundMe that aims to provide direct financial support to strippers and sex workers. FKA Twigs has donated £10,000 to start the fundraiser.

i was 19 when i learnt my first pole move, i learnt a back hook spin from a stripper when i was working as a hostess in a gentleman’s club. for those of you who don’t know, hostessing is when one person pays another person for their time, anything from a conversation over dinner to sex work, and the club gets a cut of the fee. my lived experience as a very young woman in these environments has not only informed the strong and formidable woman that i am today, but also a lot of my work as a music and visual artist - sometimes even subconsciously. i feel like now is the time for me to step forward, pay respect, and shine a light on the challenges facing sex workers, especially during these uncertain times. sex workers I know and have met have discipline, craft, talent and work ethic - not only do they deserve better long-term, but their income has been wiped out by the lockdown and many are invisible to the financial aid available to others. there’s a bigger journey in challenging public attitudes, tackling stigma, and fighting for rights and protections - but today I’m inviting you to join me in helping with cash donations to SWARM, Lysistrata and ELSC. these organisations are providing direct financial support to strippers and sex workers, we’ve kicked off the the fund with £10,000 and you can donate at https://www.gofundme.com/f/sexworkermutualaidfunds this week, SWARM @swarmhive Lysistrata @lysistratamccf and ELSC @ethicalstripper will also be taking over my social media channels.