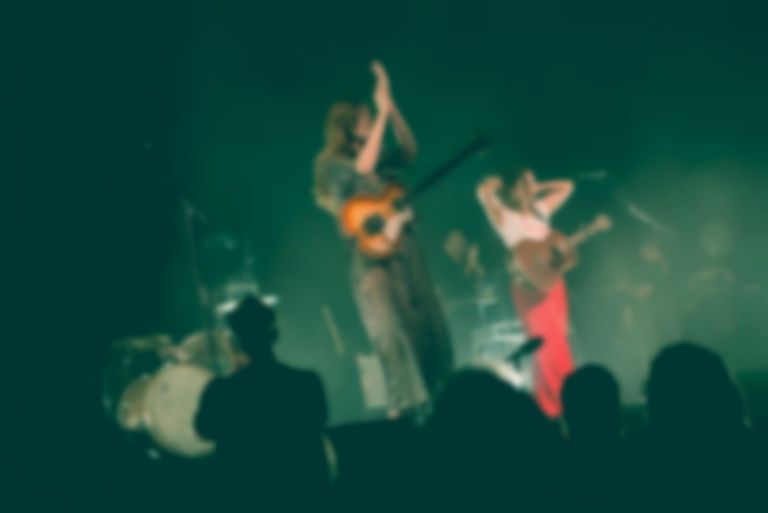 First Aid Kit have covered Ted Gärdestad's "Come Give Me Love" in both English and Swedish to coincide with the launch of the Swedish Cancer Society's annual pink ribbon.

The Söderberg sisters recorded two versions of their Gärdestad cover, one in the original Swedish language and an English version featuring their own translated lyrics.

"Come Give Me Love" arrives today (25 September) to coincide with the launch of the Swedish Cancer Society's annual pink ribbon, which First Aid Kit designed.

The sisters say of their cover, "Ted Gärdestad is a Swedish national treasure. Just like us he started his music career when he was only a teenager and wrote songs with his older brother Kenneth. Ted did most of the melodies and Kenneth the lyrics. "Come Give Me Love" is a classic song about a relationship coming to an end. To us, it is the epitome of Swedish summer, holding both hope, longing, and a twinge of sadness."

First Aid Kit add, "The original track was produced by none other than Björn and Benny from ABBA, with ABBA on backing vocals. We are huge fans of the original production and wanted to stay close to that 70s folky sound. This is an homage to that time period and recording style. We recorded this with producer Daniel Bengtson at Studio Rymden in Stockholm earlier this spring. We think the added vocal harmonies brings that unique First Aid Kit touch to the song. We hope more people will discover this gem through our translated version and that it brings some feeling of hope to what has been a very dark year."

First Aid Kit's cover of Ted Gärdestad's "Come Give Me Love" is out now.