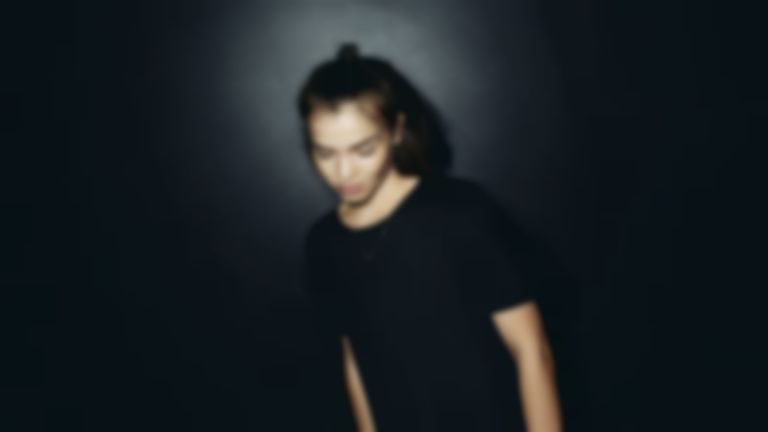 Last weekend we returned to the southern Norwegian shores of the beautiful Kristiansand to drop in on Sørveiv, the region's number one showcase for new Nordic music.

With the Kristiansand-based showcase’s 2014 event partly responsible for launching the likes of The Fjords beyond Scandinavian borders to the Made In Chelsea soundtrack via an appearance at the Ja Ja Ja club night, Get Your Gun to the verge of releasing their album The Worrying Kind to a UK audience and young punks Slutface to the playlists of BBC Radio 1 there was a lot to live up to for the class of 2015, but with Sørveiv bigger and better than before we weren’t to be let down by the lineup.

Below, we pick out a handful of success stories who are set for bigger and better things in the coming year.

Without question Ariadne Loinsworth, the Trondheim-based singer with some roots in the Caribbean, was the physical embodiment of star quality and frightening potential. She’s only been making music for a little over a year but her appearance in the Alladin theatre was simply spectacular.

Pulsating electronic beats, more techno than R&B and recalling fellow Norwegians Röyksopp, were balanced by ARY’s soaring and soulful voice. She stood alone on the theatre floor, with no need to rely on lights or a backdrop, firstly captivating us with looks and slight movements…then blowing the audience away with yearning vocals that some singers try for decades to attain. A real special performer.

At the other end of the musical spectrum we find Oslo’s Hilde Marie Holsen who fascinated and intrigued with her experimental music. Armed with a trumpet, an array of pedals and switches and a couple of laptops Holsen created loops and drones and moulded them into ambient, jazz-flecked works which lasted well into the area of 20 minutes-plus. Head music, sure, but of the highest quality.

Ringa Manner was a last minute addition to the bill, a fact given away by her travel case sitting next to her set-up of wires, keys and synths. Yet Finland's Manner gave little sign of being unprepared as she looped and manipulated her bold voice, creating music that you could compare to Conquering Animal Sound in its playfulness yet remaining assuredly experimental. Manner even managed to breathe life into a version of “Song to the Siren” as she closed out her ad-hoc appearance

One of the better-known acts on the Sorveiv bill, as the packed theatre attested to, the Danish quartet were a thrilling Saturday night highlight.

Jonas Smith’s vocal gymnastics are always going to be the star of the show but the rest of the band has developed its dream-pop into unusual shapes and structures, meaning that even the most conventional of harmonies lead the audience down unlikely paths. With debut album Syzygy released last month, the wheels are already well in motion for Blaue Blume and great things beckon.

Sørveiv falls under the auspices of the Sorf organisation, a cultural venture much like the Arts Councils for England and Wales, Creative Scotland or the PRS Foundation. They aim to provide support, funding, showcases and education for arts and music projects for those in the southern regions of Norway looking to make a success of their music careers. So while Sørveiv gives the artists a platform, they are expected to give a bit back by shouting from the rooftops about Sorf, Kristiansand, the beautiful southern coastline of Norway and how it can nurture talent.

The past few years have shown how successful the showcase has been, with the guiding and golden touch of festival managers, the hard-rocking Norwegian Kjetil Nordhus and music-obsessive German Anna Willrodt, their array of eager volunteers, canny bookers and managers from all the Nordic nations responsible for its longevity. Their passion and knowledge makes showcases such as Sørveiv the perfect place to find new music.