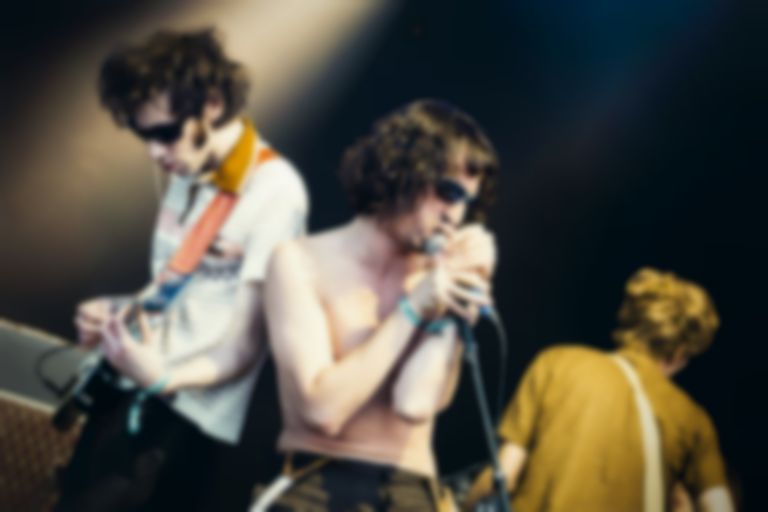 Ten Thousand Apologies: Fat White Family and the Miracle of Failure is set to be published in February 2022 by White Rabbit, and will recount the band's chaotic career since their formation in 2011.

Lead vocalist Lias Saoudi co-wrote the biography with author Adelle Stripe, and is described in a press release as "a music book that barely features any music, a biography as literary as any novel, and a confessional that does not seek forgiveness."

Saoudi of the book, "Other than being able to finally indulge my literary pretensions to the utmost, the best thing about co-writing this book is that I've been left in almost full control of the narrative; free to paint my “comrades” in whatever light I see fit, all the while gilding my own misdeeds in relatability, human frailty and thwarted compassion. It's been cleansing, to say the least."

Stripe added, "It’s an honour to be working with Lias Saoudi and Lee Brackstone [publisher at White Rabbit] on this wild road trip of a book. Ten Thousand Apologies tells the stories of the degenerate characters who created the songs and reveals the grubby beginnings of the cast who performed them. I hope this book adds to their myth, which is, as any music fan knows, the only thing that matters. I’ll never write another music book and have now booked a course of therapy. The struggle continues."

Ten Thousand Apologies: Fat White Family and the Miracle of Failure will be published by White Rabbit on 24 February 2022, and is available to pre-order now.