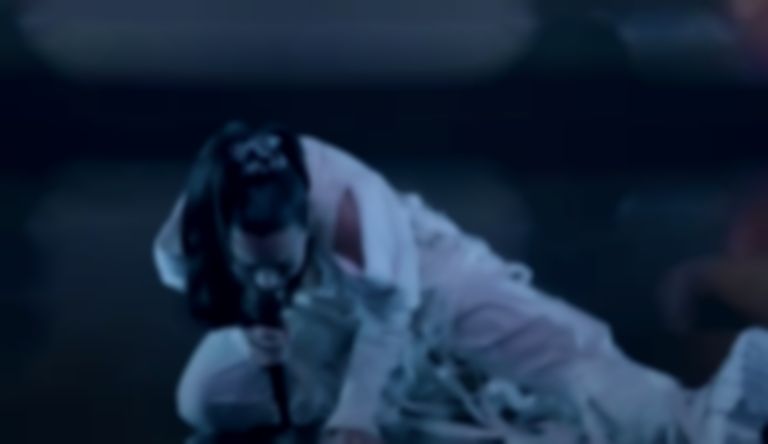 After hopping on Joel Corry and Jax Jones' "OUT OUT" single with Saweetie last Friday (13 August), Charli XCX has resumed teasing her "Good Ones" single, which is due for release next month.

Yesterday (15 August) she shared a new TikTok video that shows her posing on a gravestone with what appears to be another snippet of the new track.

Charli XCX also shared an image of the gravestone on Instagram, which features two dates. One of the dates is 18 March 2022, a date that fans think could be the release of her upcoming album. One user commented, "NEW ALBUM MARCH 18??", while another wrote, "ALBUM COMING 3/18/2022 YAAASSSSSSS."

Earlier this month Charli XCX spoke about her upcoming music in an interview with Refinery29, "I'm just very into making ultimate pop music, and the whole album is is very contrasting from how I'm feeling now. I’m exploring what it means to be a pop star on a major label in a not very current way. And that's really fun to me."

She added, "There are a couple of songs that have have stayed as a part of this new project. And to be honest, the meaning of them hasn't changed. I mean, they were all kind of about sex. And that's still been quite constant for me throughout the pandemic. With the way that I feel about myself and my sexuality and romance, the pandemic hasn't changed that too much. For me, it just didn't feel like what I needed to say at that moment in time, it actually feels more, now. The idea of leaving my house, going back out into the world, wearing provocative clothes, dancing all night, that kind of equates more to the music that I was making before the pandemic."