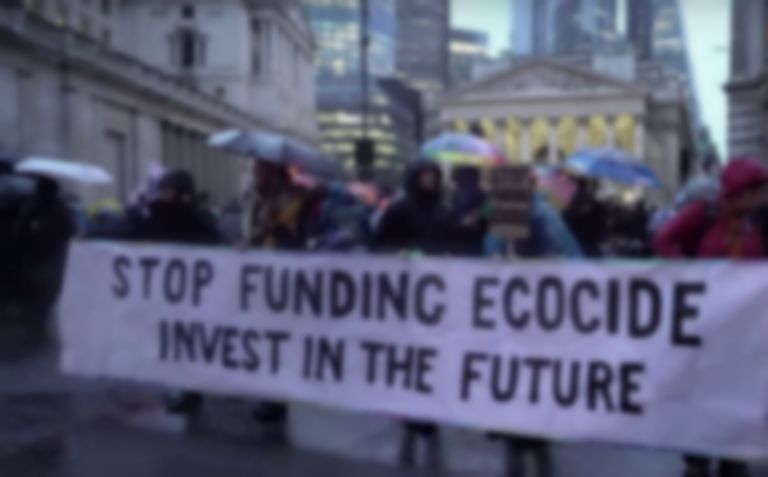 Extinction Rebellion are hoping to get the Christmas No. 1 spot with their new single "Time for Change" featuring The Jade Assembly.

The global protest group are aiming to put climate change at the top of everyone's Christmas lists this year with their debut track "Time for Change".

"Time for Change" features The Jade Assembly, and arrives with a video made up of footage from protests across the globe over the past six months, particularly focusing on London.

Some of the altered footage includes the House of Parliament on fire, Downing Street flooded, and MPs - including former Pime Minister Theresa May - wearing gas masks. The video can be viewed on metro.co.uk.

The Jade Assembly's manager Mick Watson sent the track to Extinction Rebellion co-founder Gail Bradbrook, who then made it the protest group’s anthem.

Watson says of the song, "The Jade Assembly have always been passionate about the climate crisis and they penned this song out of frustration with the speed and the way our politicians dealt with the crisis."

He adds, "The best impact for us is for people to hear the song and watch the video and then think about the last 20 years on Earth and the speed in which floods, tidal waves and earthquakes have picked up. This is a climate emergency and we want to use our musical message to let people know these are serious times and we need to address this situation before it’s too late."

"Time for Change" is released ahead of Extinction Rebellion's 12 days of Christmas protests which are due to kick off on 1 December, and run until 12 December - the same day as the general election.

Extinction Rebellion and The Jade Assembly's "Time for Change" is out now.