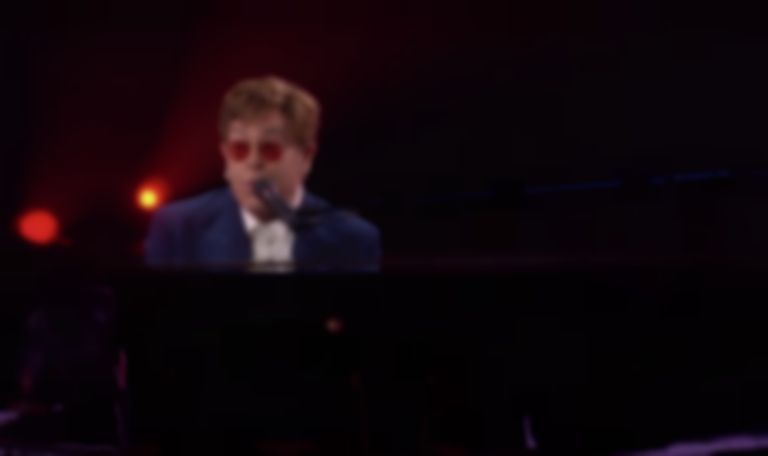 Elton John has announced the postponement of this year's Farewell Yellow Brick Road tour dates in the UK and Europe, revealing he's been in "considerable pain" since a recent fall.

John was supposed to kick off his "final" tour later this month in Europe and the UK, but today (16 September) he's announced the postponement of all 2021 tour dates.

In a statement posted to socials, John wrote, "It is with great sadness and a heavy heart that I am forced to reschedule the 2021 dates of my Farewell Yellow Brick Road tour in Europe and the UK to 2023."

"At the end of my summer break I fell awkwardly on a hard surface and have been in considerable pain and discomfort in my hip ever since," his statement continued. "Despite intensive physio and specialist treatment, the pain has continued to get worse and is leading to increasing difficulties moving. I have been advised to have an operation as soon as possible to get me back to full fitness and make sure there are no long-term complications. I will be undertaking a program of intensive physiotherapy that will ensure a full recovery and a return to full mobility without pain."

John did reveal in his statement that he will still be performing at the Global Citizen Live 2021 event later this month as it's "just five songs".