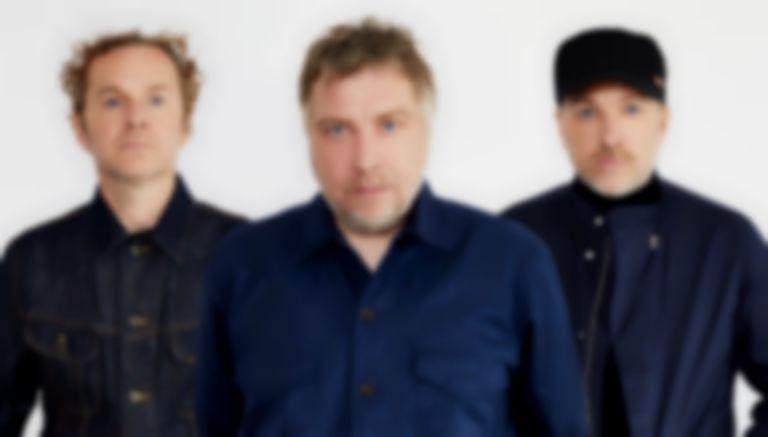 Doves have returned with new track "Cathedrals Of The Mind", the third single to be lifted from their first LP in 11 years The Universal Want.

Following on from "Prisoners" and "Crousels", "Cathedrals Of The Mind" lands with a trippy visual directed by David Kitson.

Guitarist Jez Williams says of their new single, "The song stems from a single hook, which developed to evoke this expansive internal monologue, this never-ending chasm of thought. Subconsciously, through words thrown against it and made to fit, it came to be about someone always being on your mind. The listener can form their own ideas. For me, it was about the loss of Bowie."

The Universal Want will be Doves' first album since 2009's Kingdom of Rust.

Last week, the band shared sheet music and lyrics for the final track on their LP, "Forest House", for fans to interpret before it's released.

"Cathedrals Of The Mind" is out now. Doves' The Universal Want album will be released on 11 September via Virgin EMI, and is available to pre-order now from dovesofficial.com.