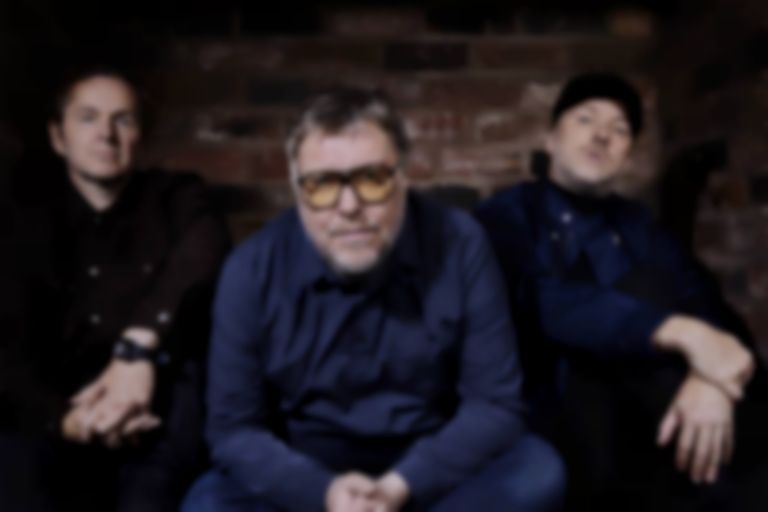 Doves are teasing "Forest House", the closing track from their upcoming LP The Universal Want, but fans can only access the track by playing it with sheet music and lyrics provided by the band.

Next month, Doves are releasing their first album in 11 years, The Universal Want. So far they've released two tracks from the LP - "Prisoners" and "Crousels", and today the band are teasing the release of a third single, "Forest House".

"Forest House" is the final track featured on Doves' new record, but it's not being released just yet. In order to access the track, Doves have 'leaked' the lyrics and sheet music (for piano, bass, rhythm and lead guitar), meaning fans will have to interpret the track themselves in order to hear it.

On top of that, Doves are also wanting fans to share their interpretations on socials using the #dovesleak hashtag. The person who plays Doves' favourite version will be rewarded with a signed The Universal Want boxset, as well as having Jimi Goodwin's original vocals added to their recording.

Show us your interpretations using #dovesleak to try and get close to what lies in store on the album or create something wildly and brilliantly off-the-mark.

The band says of the competition, which is open until 10 September, "It’s been eleven years since our last album, and we all know how hard the last few months have been, so let’s have a little fun where we can. Anyone can have a go, even if all they have is an old, beat-up guitar, so let’s see what people can cook up."

Doves' forthcoming album The Universal Want will be their first since 2009's Kingdom of Rust.

Guitarist Jez Williams says of the LP, "It’s definitely got the stamp of ‘the time’ all over it. Everything on the album is an echo. It’s an echo of what we were going through at the time. Getting back together, the Royal Albert Hall and everything else."

Doves' The Universal Want album will be released on 11 September via Virgin EMI, and is available to pre-order now from dovesofficial.com.