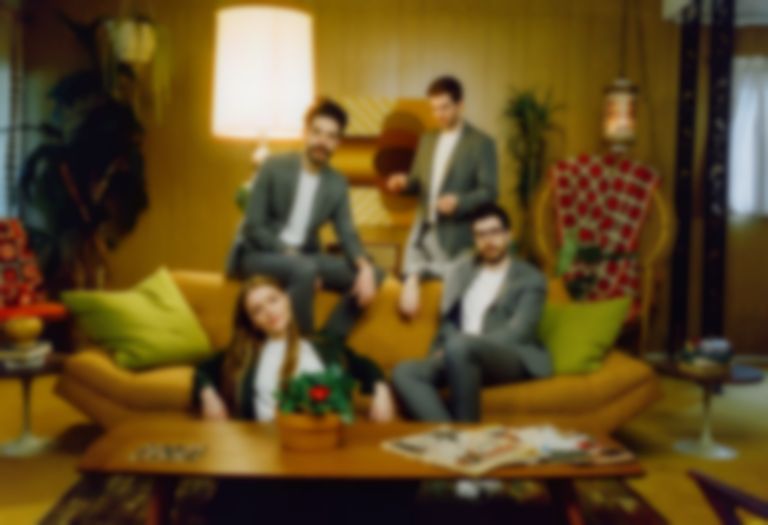 Dizzy are back with new outing "Roman Candles", the third single to be lifted from their forthcoming sophomore LP The Sun and Her Scorch.

"Roman Candles" arrives after April's lead single "The Magician", and will feature on The Sun and Her Scorch alongside February's "Sunflower".

Lead vocalist Katie Munshaw says of the new outing, ""Roman Candles" is about how insecure I feel being someone who’s pursued music as a job. I’ve often felt jealous of friends who’ve taken more traditional paths in life. Some have gone to university and have nine to five jobs already and have to buy funny things like lawnmowers and cutlery. I know that sounds silly but I have a real fear I’ll never own a home or be able to support a family because of the decision I’ve made, so of course, that’s scary. I think I’ve quit the band a dozen times since we started and then wind up taking it back an hour later because I know it’s just fear talking."

The Sun and Her Scorch will follow on from Dizzy's 2018 debut LP Baby Teeth.

Munshaw adds of their new album, "Baby Teeth was all about the confusion and sadness of my late teens, but this one is more about the qualities of myself that I’m not very proud of. I wanted to be completely honest about the things nobody ever wants to admit, like being jealous of your friends or pushing away the people who love you. So instead of being about romantic heartbreak, it’s really about self-heartbreak."

"Roman Candles" is out now. Dizzy's The Sun and Her Scorch album will be released via Communion Records on 31 July, and is available to pre-order now.