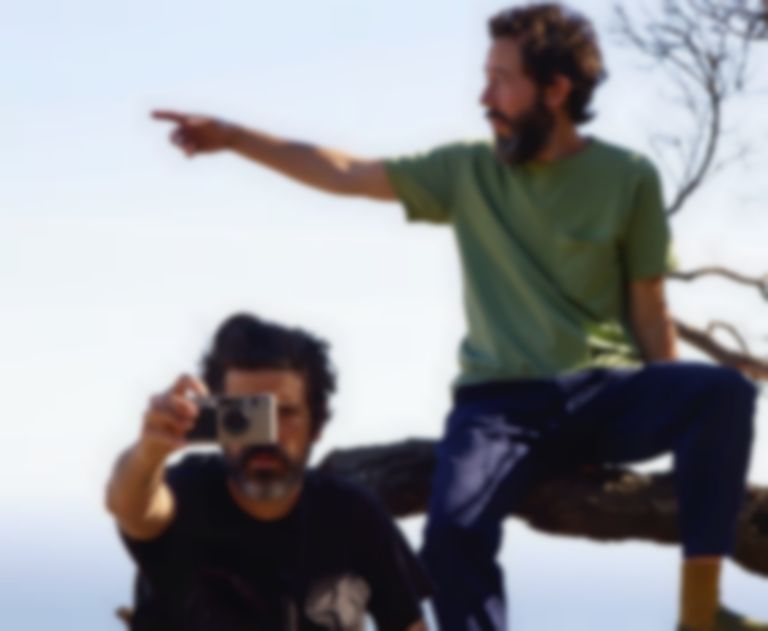 Devendra Banhart and Noah Georgeson have announced their collaborative ambient album Refuge, alongside sharing "In A Cistern" and "Into Clouds" as the lead outings.

"In A Cistern" and "Into Clouds" are accompanied by a video directed by Juliana and Nicky Giraffe, and arrive as the first tasters of Banhart and Georgeson's collaborative album that was written and recorded during the pandemic last year.

Refuge, which is the product of both artists coming together after being friends and collaborators for over two decades, also includes contributions (recorded remotely) from Mary Lattimore, Nicole Lawrence, Tyler Cash, Todd Dahlhoff, Vetiver’s Jeremy Harris and David Ralicke.

Banhart says of the album, "We’ve been talking about it for so long. It’s kind of been 20 years in the making."

He adds, "We’re hoping to create a sense of comfort and coming back to the moment. It’s really important to have a little bit of space between us and our anxieties and impulses. What you do with that space is up to you."

"In A Cistern" and "Into Clouds" are both out now. Devendra Banhart and Noah Georgeson's Refuge album will land via Dead Oceans on 13 August, and is available to pre-order now.