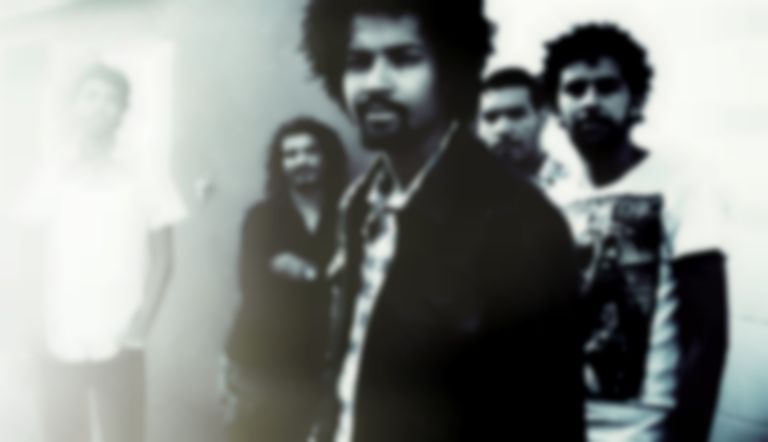 The freshly drenched Garden stage at End of the Road Festival was opened this morning by Algerian desert-blues band Imarhan to an audience humming with gratitude for the absence of rain.

The young five-piece, who form a younger-brother group to fellow Algerian alternative musicians Tinariwen, offered the early Sunday crowd tracks from their eponymous debut album - a dreamy mix of warm guitar licks, beneath a wash of vocals from across the stage, and frantic percussion, all sitting on top of impossibly smooth, rhythmic bass.

The set was one of almost uninterrupted groove, reaching peaks through building tempo and beats. Overall, however, the sound was almost hypnotic, with most people lying down to experience the sound.

That said, plenty of dancing took place towards the front - and those doing so may even have spotted the unmistakable curls and head-bopping of UK gig-going legend Big Jeff at the barrier.

The End of the Road Festival continues today with headline sets from Joanna Newsom and Teenage Fanclub.