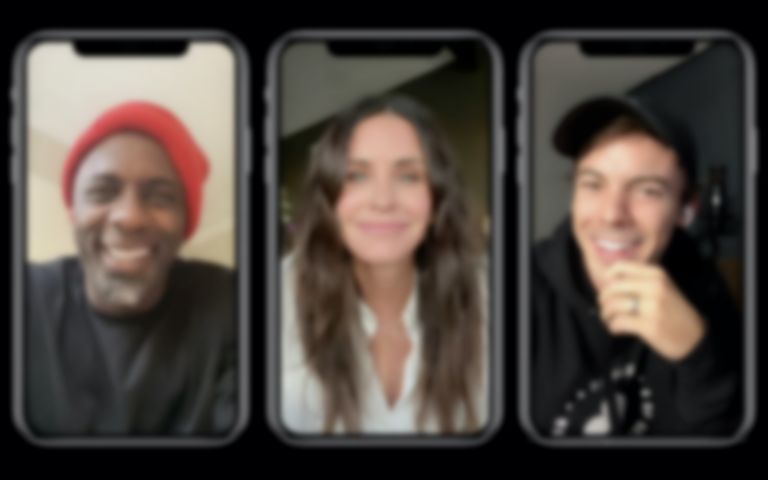 Connor Price and Idris Elba have shared the video for their recent collaboration "Courtney Cox", and it actually sees the Friends star make an appearance to play them her own rap.

The collaborative track's accompanying video has been shared today (27 January), and it sees the two collaborators get interrupted by a video call from the Friends star herself. The three discuss the track, which Elba describes to Cox as a "homage", resulting in Cox unleashing her own rapping ability.

Before playing Elba and Price her rap, Cox says, "I appreciate the homage, but um, turns out rapping's not that hard." Cox goes on to rap, "Sorry Connor but the door's locked / Idris got a style that's unorthodox / Look who's coming at you yeah it's Courtney Cox / I just killed the beat and now the mic has dropped."

Connor Price and Idris Elba's "Courtney Cox" single is out now on 7Wallace and 4 Of Clubs.