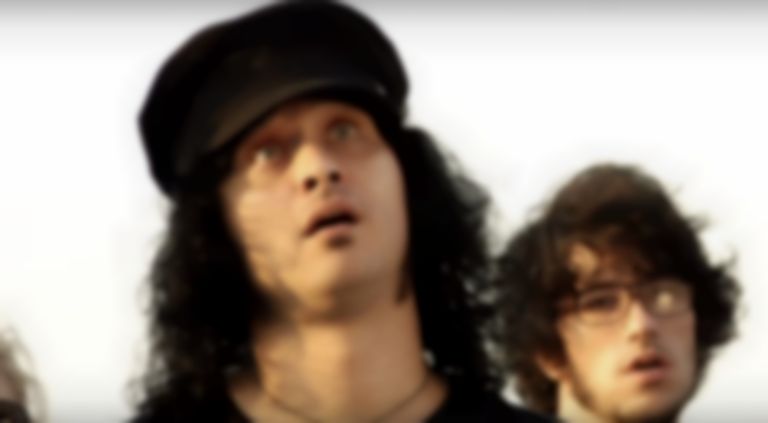 The Mars Volta's Cedric Bixler-Zavala has confirmed that the group are reuniting.

Bixler-Zavala has been hinting on Twitter that they're back working together.

According to Consequence of Sound, Bixler-Zavala replied to a fan, in a now-deleted Tweet, who said they were dreaming of a new chapter for TMV, by revealing, "It's happening".

Last week The Mars Volta frontman also hinted that he was back in the studio with TMV in a Tweet that has since been deleted, "But I tell you what. We are in the kitchen finding new ways to through curve balls."

Man !!!! WTF ! I miss their bikini kill opening slot then I find out they played a wrestling event last night!?! To be fair I was in the studio working on music w the Puerto Rican Bernie Sanders. https://t.co/7pVE8vsLLw

The Mars Volta disbanded back in 2013 after Bixler-Zavala and Rodríguez-López had a disagreement. At the time, Bixler-Zavala posted on Twitter, "I tried my hardest to keep it going but Bosnian Rainbows was all we got instead."

The Texas group released their last album, Noctourniquet, in 2012.