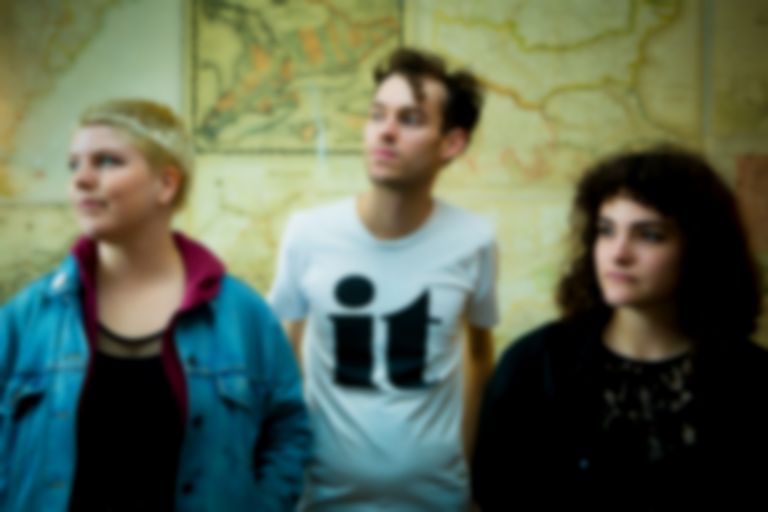 Melbourne trio Cable Ties have announced that they've signed to Merge Records, and are celebrating by releasing their rumbling single "Tell Them Where To Go".

"Tell Them Where To Go" is the first release from the Australian trio since April's "Choking to Choose".

"Tell Them Where To Go" was originally released earlier this year as a 7" via Poison City Records.

Cable Ties' single lands alongside exciting news that they've signed to Merge Records - home to the likes of Arcade Fire, Dinosaur Jr., Destroyer, Fucked Up, Lambchop, Wye Oak, Torres, and many others.

Speaking about their new signing, Cable Ties' Nick Brown says, "Merge are an incredible and inspiring label. To have grown from a DIY, bedroom cassette-dubbing operation to one of the most beloved labels in the world is remarkable. That Laura and Mac would take a shine to a little group like us (in amongst all the stuff they get sent) is wild. We couldn’t think of a better home to look after our riffs than Merge."

Superchunk's Laura Ballance, also the co-founder of Merge Records, adds, "Merge Records is very pleased to announce the start of our relationship with Cable Ties. Their work ethic, DIY attitude, and catchy songs make them a perfect match for us. Their songs have an honesty and directness that the world needs right now."

Cable Ties' "Tell Them Where To Go" is out now via Merge. They play SXSW in Austin, Texas in March 2020. Find out more.