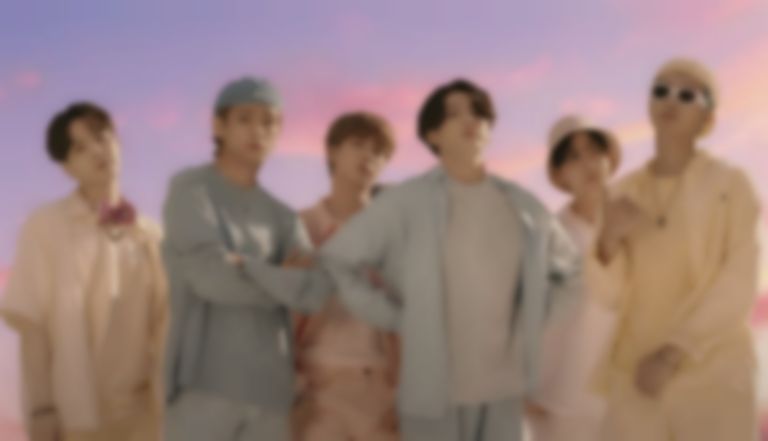 "Dynamite" is the group's first new outing since releasing their Japanese single "Stay Gold" in June.

According to Variety, RM of BTS said of the new song, "The release of "Dynamite" wasn’t in our plans at all. As soon as we heard it, we thought it was really fun and exciting, a fun and cheery song that wasn’t that serious. It just made us feel good when we heard it. We really wanted to share this energy with the fans as soon as possible."

On why they decided to sing in English on their new outing, V said, "When we were recording the guide version, we felt the English version fit the melody a little bit better."

The band have been busy this year. Last month they released their Japanese album Map Of The Soul: 7 ~ The Journey ~, which followed on from February's MAP OF THE SOUL : 7 LP. Suga of the group also released his D-2 mixtape as Agust D in May, and Junkook released new solo track "Still With You" in June.

BTS' "Dynamite" single is out now via Big Hit Entertainment.