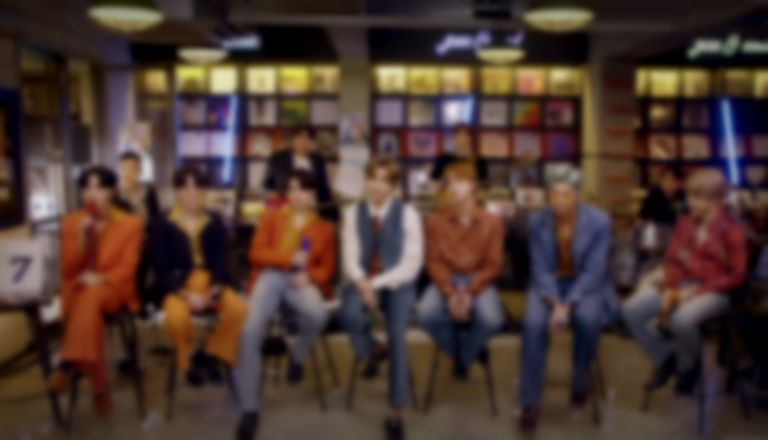 BTS have expressed at a press conference that their recent LA shows mark "the beginning of our new chapter".

Last week BTS' "Butter" was nominated for a Grammy in the Best Pop Duo/Group Performance category, marking their second nomination after being nominated in the same category back in 2020 for "Dynamite".

During their "Permission to Dance" press conference over the weekend, the K-pop stars briefly spoke about their second Grammy nomination, being reunited with their ARMY at live shows for the first time since the pandemic, and how it marks the beginning of their next chapter.

According to Teen Vogue, while speaking about the Grammy nominations, the group's Suga said, "Being nominated for a Grammy is not easy, winning a Grammy is not easy. I’m actually thankful there are still barriers, challenges we can work to overcome … There’s a Korean saying that any tree can be felled with 10 strokes of the axe, so we’ve hit it twice, maybe if we hit it eight more times…"

The press conference, which took place ahead of their second day of their Permission to Dance concerts in LA, also saw BTS' RM speak about how the shows mark the start of a new chapter for the group, "Seeing the stadium filled with all the fans yesterday got me emotional beyond words. As artists [who] started out in Korea, the limitations of our identity, language, genre, invisible walls, we felt like they really existed. But every moment, we tried to give our best to every show, every performance, [all] the music, all of our hearts, and I think those small moments truly made today’s miracle for us. Going back on tour, seeing all the fans really makes us feel like this really is the beginning of our new chapter."

Jin added that he hoped the LA concerts will be "the first in a series of opportunities to see our ARMY," and said that they're hoping "to do more concerts around the world and are planning for more concerts in Korea."

BTS' Permission to Dance On Stage concert series in LA will continue on 1, 2 and 3 December, with the final day this Friday set to be livestreamed on venewlive.com