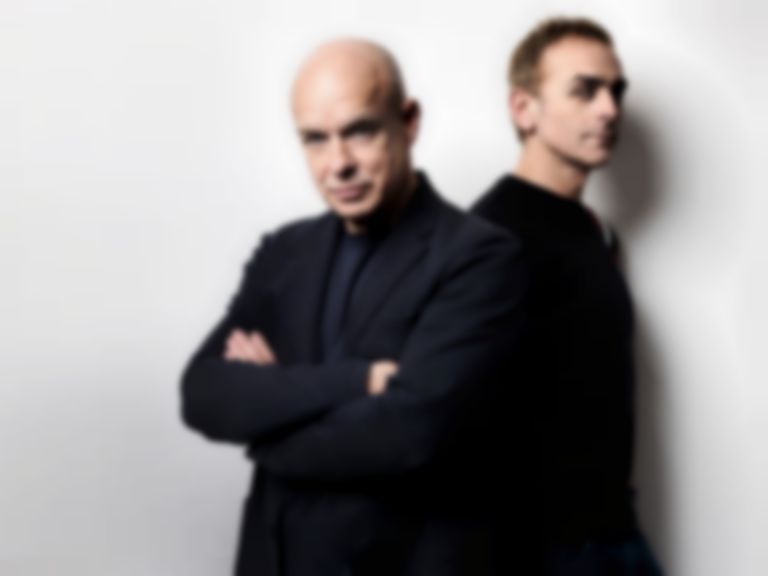 ​Brian Eno and Underworld’s Karl Hyde only just released an album together in the form of Someday World earlier this month, but now they’ve gone and confirmed another.

High Life will be released via Warp on 1 July, consisting of six tracks - including lead cut “DBF” (streaming below). “When Someday World was finished I felt like we were still on a roll and I wasn’t ready to stop working and get into ‘promotional mode’ for that record,” says Eno. “So I suggested we immediately start on another album, a different one, where we extended some of the ideas we’d started, and attempted some of the ideas we hadn’t.”

Hyde adds: “I wanted to work with a stripped down set of equipment… For this album I was very keen for Brian to live process my guitar playing so that we would be effecting one another’s performance, bouncing off each other, inspiring new combinations of polyrhythms.”

You can check out “DBF” below, along with the album’s tracklisting and artwork: