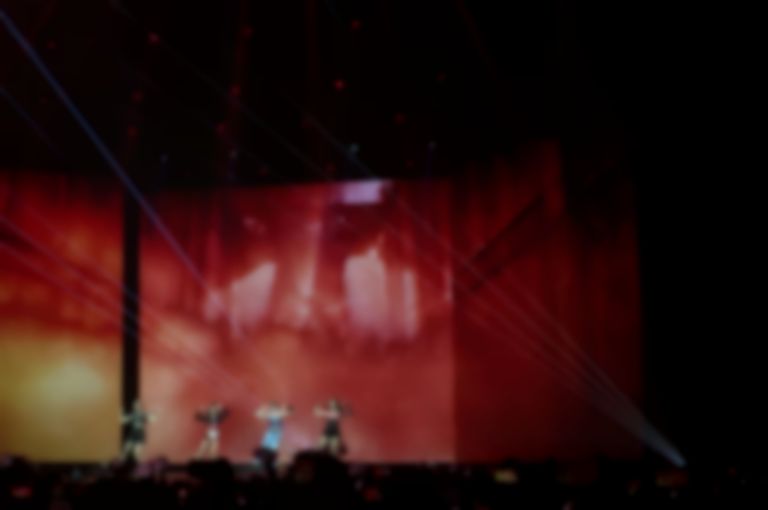 K-pop phenomenon BLACKPINK - made of up Lisa, Jennie, Jisoo and Rosé made their live debut in the UK last night at a show which sold out in just three hours.

The four-piece arrived in the capital to a rapturous reception, with Rosé announcing, "This is beyond what we expected” before the band played the explosive “BOOMBAYAH”.

Between rising from below the stage to performing on oscillating platforms high above it, the South Korean band were steadfast in their commitment to delivering the shows their fans always dreamed of - and for the majority of the "Blinks' - the official fandom name adopted by BLACKPINK’s legions of adoring followers - this was their first time seeing their idols in real life.

Despite playing all the hits from BLACKPINK IN YOUR AREA, it was the tracks from this year’s mini-album Kill This Love which had the biggest impact. The title track - which soundtracked the mid-set Kia commercial - saw every light-stick in the room raised to the heavens above. Dua Lipa collaboration “Kiss and Make Up” receives a similar fanfare.

The set's solo showcases saw each member exhibit their own star quality; Lisa danced to Jason Derulo and Nicki Minaj’s “Swalla”, Jennie shared her massive solo single “SOLO” while Rosé showed her range with a medley including a cover of The Beatles’ “Let It Be” - but the crowd's biggest applause was for Jisoo belting out Zedd’s EDM staple “Clarity”.

The band's global reach is already undeniable and was on display during the show with an airing of a fan mash-up videos - Blinks from the USA, Singapore, Argentina, New Zealand, France, Egypt, a toddler from Austria contributed clips of them miming and dancing. It was an emotional moment for the fans packed into the arena, with Jennie screaming, “life’s a bitch, but mine’s a movie” - a lyric from “Young Forever” and one of many set highlights for the audience. It’s a sentiment that resonated and reverberated around the room in a split second, accompanied by a continuous assault of pyrotechnics, silver streamers and raining glitter.