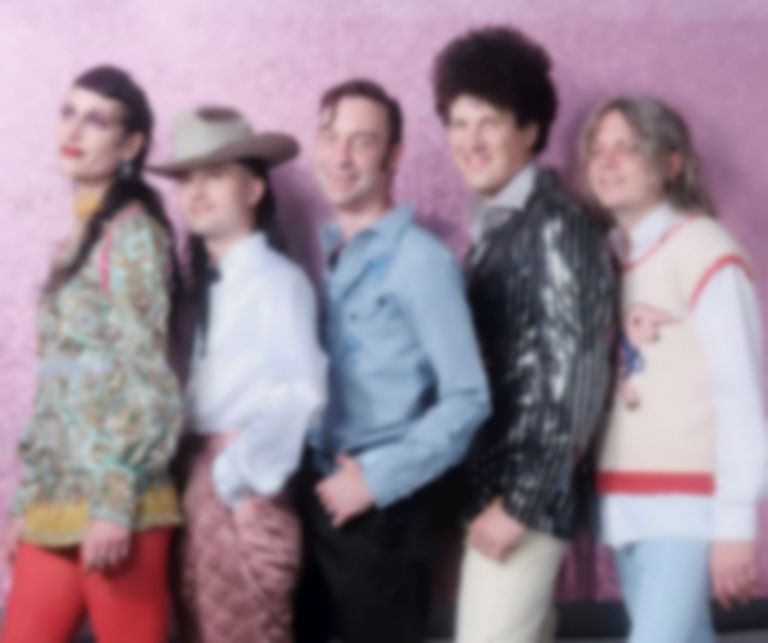 Black Lips are back with new single "Rumbler", the third track to be lifted from their upcoming LP Sing In A World That’s Falling Apart.

Black Lips' Jared Swilley says of "Rumbler", "This is a song I wrote about a G.I. Joe doll, code-named Rumbler, that I am almost certain is based on my great uncle and war hero Bobby Earl Swilley. The cadence of the song is kind of based on a bear hunting poem that my granddaddy, Bobby Earl's brother, used to recite to me. This is an ode to my elders."

Sing In A World That’s Falling Apart will be Black Lips' first album since 2017's Satan's Graffiti or God’s Art?.

The new album was recorded and co-produced by Nic Jodoin at LA's Valentine Recording Studios.

"Rumbler" is out now. Black Lips' Sing In A World That’s Falling Apart album lands 24 January via Fire Records / Vice, and is available to pre-order now.