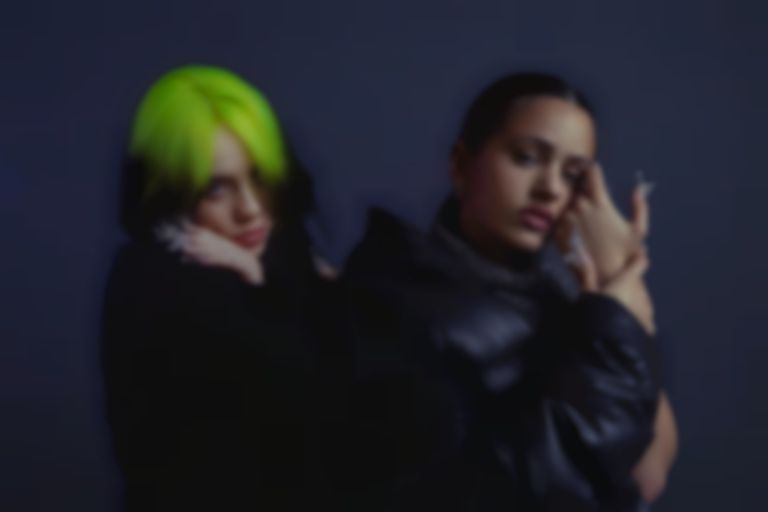 Billie Eilish and Rosalía have delivered their long-awaited collaborative track "Lo Vas A Olvidar", which will feature on the second special episode of Euphoria airing this weekend.

Rosalía and Eilish's collaboration was first teased in March 2019 when Rosalía posted a polaroid picture of both of them in the studio.

Just over a year later Rosalía gave an update on the collaboration while speaking to Zane Lowe, revealing that she was "trying to finish the Billie Eilish collab".

Today (21 January), the two artists have unveiled their collaborative song (which is largely in Spanish) with the Nabil-directed video.

"Lo Vas A Olvidar" is Eilish's first release since November 2020's "Therefore I Am", and follows Rosalía's appearance on the remix of The Weeknd's "Blinding Lights" last month.

Billie Eilish and Rosalía's "Lo Vas A Olvidar" single is out now.