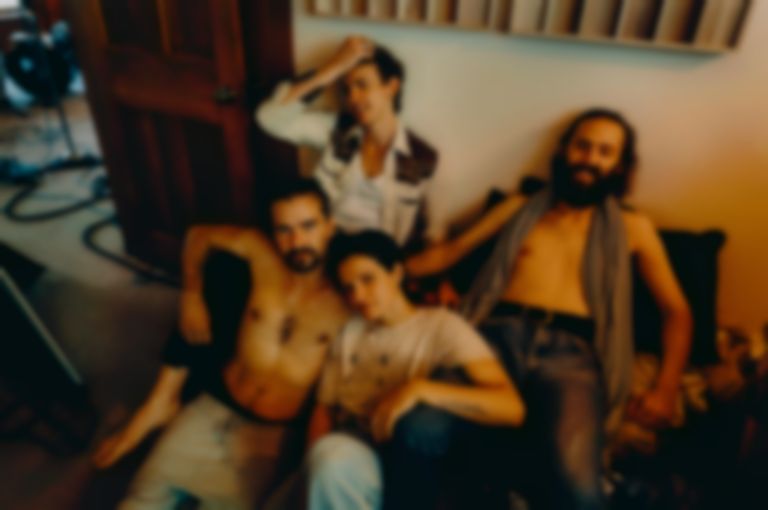 Big Thief are back with new tracks "Little Things" and "Sparrow", marking their first release since last year's Two Hands outtake "Love In Mine".

"Little Things" was recorded with Shawn Everett at Five Star Studios in Topanga late last year, while "Sparrow" was recorded with Sam Evian at his Flying Cloud Recordings in the Catskills last summer. The tracks follow Big Thief's cover of The Breeders' "Off You" that featured on 4AD's 40th anniversary compilation Bills & Aches & Blues in April.

Big Thief's James Krivchenia says of "Little Things", "It's in this sort of evolving free time signature where the beat is always changing, so Max [Oleartchik, bassist] and I were just flowing with it and guessing where the downbeats were - which gives the groove a really cool light feeling."

He adds of "Sparrow", "We all just scattered about the room without headphones, focused and in the music - you could feel that something special was happening. It was a funny instrumentation that had a really cool natural arrangement chemistry - Max on piano, Buck [Meek, guitarist/vocalist] providing this dark ambience, me on floor tom and snare and Adrianne in the middle of it with the acoustic and singing."

Big Thief's "Little Things" and "Sparrow" songs are out now.