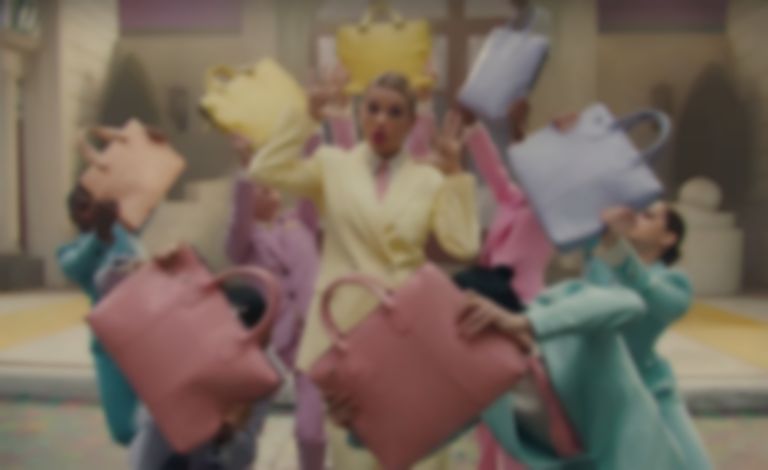 Here are our favourite hot takes on Taylor Swift's overly cheesy and cynical new single "ME!".

Taylor Swift's countdown hit zero last night, and she finally revealed a new single, "ME!", featuring Brendon Urie from Panic! At The Disco.

The cheesy comeback isn't quite what everyone was expecting though, and has resulted in some... mixed reviews.

First up we have Popjustice, who think it "sounds like being trapped in a branch of Smiggle." You can hear the kids scrambling for the latest set of gel pens from a mile off on this one.

The Telegraph also agree that "ME!" is a bit overdone. Kate Solomon writes, "'ME!' belongs to the pantheon of Pharrell Williams' 'Happy' and that Justin Timberlake song that sounds exactly like Pharell Williams' 'Happy' - songs that you can imagine soundtracking adverts for supermarket home ranges and Trolls films."

I got up at 5am to review the new Taylor Swift single because being a music journalist is very cool and fun. Me! wants to make you feel good about yourself but it's just musical candyfloss: empty, sugary nonsense https://t.co/jTshazHurP

"ME!" is also somewhat patronising. Swift erupts with lines about how "Spelling is fun!" and how "You can't spell 'awesome' without 'me!'", as if "ME!" got rejected from the High School Musical 4 soundtrack and was dished out to Taylor Swift as a last resort.

"ME!" certainly has that musical asthetic to it, complete with the synchronised dance routines and Brendon Poppins floating down on an umbrella as if he's about to sing "Supercalifragilisticexpialidocious".

There's no doubt that Taylor Swift has left her reputation era behind, but "ME!" is a brilliant reason to keep the snakes.