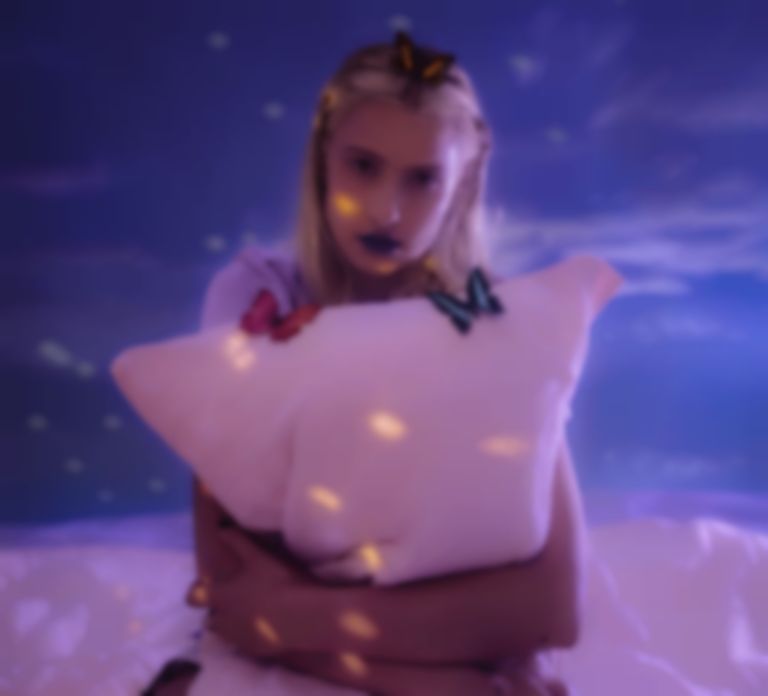 Banoffee has shared new single "Contagious", the third track to be previewed from her forthcoming debut LP Look At Us Now Dad.

"Contagious" follows on from previous singles "Count On You" (produced by SOPHIE and Yves Rothman) and Empress Of collaboration "Tennis Fan".

The new offering arrives with a video co-directed by Lewis Mitchell, Callum Mitchell, and Banoffee. She says of the visual, "The video is about loneliness and the feelings of ostracisation that arise when your issues seem too much for the world to handle. It follows a woman roaming the landscape in a wedding dress, totally prepared to give herself up to something, yet completely alone and isolated by her sadness. The circles in the clip represent a safety zone, something I created for myself when I felt like I had to hide what I was going through in order to seem fit for love or friendship. I wanted the video to evoke a sense of longing and eeriness, like everyone has gone home, fed up with the things I still need and crave…"

Banoffee's debut album Look At Us Now Dad will feature other collaborations with Cupcakke, and Umru, and is co-produced by Banoffee and Yves Rothman.

"Contagious" is out now. Banoffee's Look At Us Now Dad album lands 21 February via Cascine / Dot Dash, and is available to pre-order now.