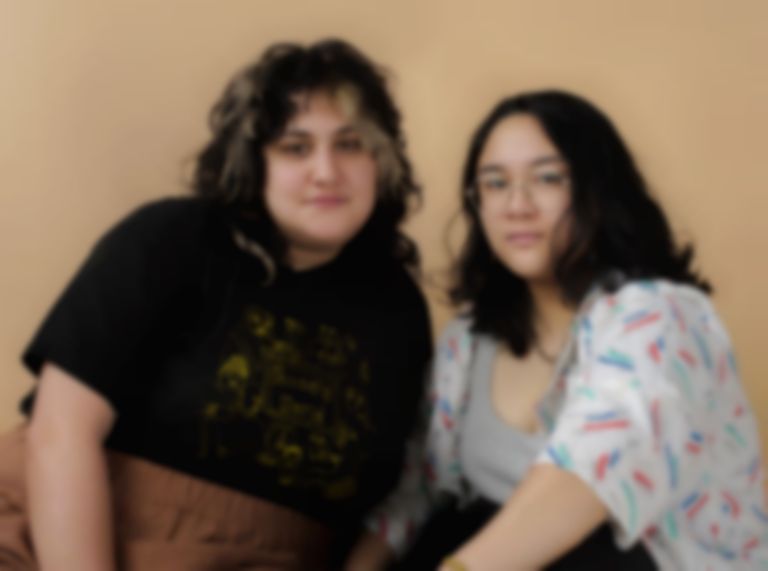 The new track lands as a third preview of their debut collaborative album, following earlier outings "Stay in the Car" and "Anything At All", and features Big Thief's James Krivchenia on drums.

Bachelor say of the new song, ""Sick of Spiraling" is one of the last songs we wrote and recorded together in Topanga. Both of us initially tried to play drums on the song but the groove wasn’t right so we enlisted help from James Krivchenia. He came over for a day and drummed on a few songs on the record, he really brought this song to life with his unique style. Ellen had the riff in her voice memos for a while and had originally imagined it as a slow kinda melancholic song. Once we got together and listened back to the riff we heard it a whole new way as an upbeat driving song. After that Ellen wrote lyrics inspired by driving on tour and the rush and anxiety of being completely untethered and unprotected on the open road."

Doomin' Sun was written and recorded in Topanga, California over the course of two weeks in January 2020. The album will feature collaborations with Big Thief’s Buck Meek and James Krivchenia, as well as Duterte’s partner Annie Truscott of Chastity Belt.

"Sick of Spiraling" is out now. Bachelor's Doomin' Sun debut album will land via Lucky Number on 28 May, and is available to pre-order now.